“Surviving the Bonfire of the Humanities” 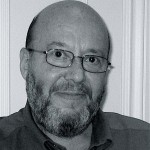 By Ed Hundert. Lecture given on the occasion of the Arts One 40th Reunion
Saturday, September 15, 2007

Listen to the lecture podcast

Arts One, begun in 1967 as an experimental seminar- and tutorial- based program in the humanities, quickly became an established institution at UBC, one chosen by some of the university’s most promising and academically successful first-year students. In the two decades after it began much was said and written about Arts One, whose practice of integrating the teaching of literature, history and philosophy around the study of major texts within a common theme devised by a team of instructors served as an inspiration for other university programs. Now, however, the Arts One Program finds itself in a transformed academic environment: the contemporary North American “research university” in which the importance accorded to teaching and the standing of humanistic education have both markedly declined. As we celebrate the 40th anniversary of its founding, it is appropriate to ask a question that would have been thought absurd at the last celebration of this kind held just 15 years ago: Can Arts One survive?

Ed Hundert took early retirement from UBC in 2000 after teaching European Intellectual History in the History Department for 32 years, during which time he was involved with the Arts One program for about 12 years, served a term as its Director, and won an award for excellence in teaching. He lectured at a number of British, Continental European and American universities, and has written extensively about the European Enlightenment.