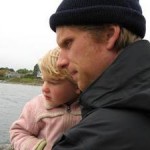 Jeremy received his BA in History from UBC (1999), and his MA and PhD in History from the Johns Hopkins University (2005). From 2004 to 2007, he taught in an interdisciplinary humanities programme at the University of King’s College in Halifax, Nova Scotia. He is currently researching the intersections of moral philosophy and social theory in the eighteenth-century English charity school movement.

Selected Publications: Melancholy and the Care of the Soul: Religion, Moral Philosophy and Madness in early modern England. History of Medicine in Context Series. Aldershot: Ashgate, 2007.

“Melancholy and the Therapeutic Language of Moral Philosophy in Seventeenth-Century Thought.” Journal of the History of Ideas 65 (2004): 583-601.