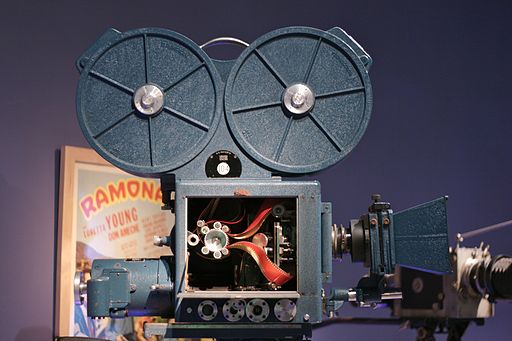 Technicolour Ideals: The Poison-Saturated Society of Plath’s The Bell Jar

Colour permeates Esther Greenwood’s narration in Sylvia Plath’s The Bell Jar. Esther often articulates her visual perception in vivid colour. She particularly emphasizes the aesthetic of a film she watches with the Ladies’ Day girls. The film is in technicolour; its colours are saturated. Esther is sickened by the film’s bright portrayal of disparate gender roles. The film’s exaggerated colour suggests a supposed ideal, where the athletic “football hero” (38) is won by the “nice girl” (38) sidelined in the stands. The film displays gender inequality in falsely glamorous colours. Plath shows that technicolour is psychological poison—its consumption results in a widespread sickness.

The technology of technicolour allows for portrayal of unnaturally bright colours. At the film premiere, Esther expresses her detestation of an artificially vivid aesthetic:

I hate technicolour. Everybody in a technicolour movie seems to feel obliged to wear a lurid new costume in each new scene and to stand around like a clothes-horse with a lot of very green trees or very yellow wheat or very blue ocean rolling away for miles and miles in every direction. (39)

Plath uses polysyndeton to articulate an abundance of colour in the scene. She repeats conjunctions: “or” separates “very green trees,” “very yellow wheat,” and “very blue ocean.” She suggests a constant continuance of colour. Anaphora, in Plath’s repetition of “very,” indicates a homogeneity in colour quality. All the colours are “very” bright; their level of pigment is the same, despite their differing hues. “Very” is a common, perhaps overused, adverb. Plath’s repetition of “very” expresses the banality of technicolour. The film’s attempt to visually intrigue is predictable. Oxymoronically, Esther finds the brightness dulling. Plath’s formulaic enumeration of exaggerated colour implies an unoriginal excess.

The film’s costumes also cover a wide chromatic range. Each actor is a “clothes-horse,” functioning as a hanger for colours. Though Esther acknowledges that “everybody” frequently changes costuming in the film, she puts the emphasis on women’s clothing, never describing the men’s garb. The women wear “smart suits with orange chrysanthemums the size of cabbages on their lapels . . . [and] dresses like something out of Gone With the Wind” (39). The chrysanthemum brooches are deliberately exaggerated, perhaps to make their orange colour obvious; in comparing the brooches to cabbages, Esther notes the silliness in size. She describes the women’s extravagant dresses similarly: the women wear voluminous technicolour ball gowns. The women on whose clothing Esther focuses are the “clothes-horse[s],” included as overt displays of fashion. These women are reduced to something nonhuman—they are objects, mannequins on which coloured clothing is draped. They are props to provide visual stimulation.

Esther attributes the constant changing of costumes to an effort to exploit the capacity of technicolour. The actors are “obliged” to wear new outfits: a range of clothing will use the technology to the fullest extent, allowing for an expansive colour spectrum on screen. The characters’ large technicolour wardrobes imply wealth. New, brightly coloured items are displayed in every scene, presenting a nearly unattainable standard in material possessions. The outcomes of the film’s richly dressed women depend ultimately on their perceived chastity, the “nice girl” (39) eventually winning the “nice football hero” (39) over the “sexy girl” (39). The film has a didactic message: if a woman looks nice and stays abstinent, she can achieve the man. For the cooperative, chaste woman, the “football hero” is the ultimate prize. She must “stand around like a clothes-horse . . . in the football stands . . . waving and cheering” (39). The women are sidelined, present to watch the men’s action. They wear technicolour suits, modelling clothing that covers the chromatic spectrum, providing aesthetic interest. Esther notes that the capability of technicolour has made the women’s secondary role more pronounced. Waiting in the stands, women are given a colour-brandishing role equivalent to a “clothes-horse,” the abstinent girl rewarded with a man for fulfilling this chromatic advertisement. The film indicates that this is the ideal to which people should aspire. But Esther is sickened by this message: she recognizes that the film encourages an objectifying dehumanization in female subordination.

Plath’s choice of “clothes-horse” also connotes animalistic qualities. Horses can be domesticated, to be ridden or to do one’s work. Plath suggests that women are domestic animals, relegated to work at home. Esther has an aversion towards life confined to a man—and consequently to the kitchen. She says, “that’s what marriage was like, because cook and clean and wash is just what Buddy Willard’s mother did from morning till night” (80). Through polysyndeton, Plath again expresses an ongoing barrage, this time not of colour, but of household chores. The reality of being a woman, Plath implies, is not the “very green trees or very yellow wheat or very blue ocean” the film portrays. Instead, a woman lives with an excess of domestic duties. Her life does not match the glamour portrayed by technicolour. Rather, she is busied with hard labour; she is a domesticated work animal, despite how colourful her clothing may appear to an audience.

The animal named within “clothes-horse” can be climbed on and ridden. The concept of riding a horse, or, if extending the metaphor, of riding a woman, implies male control—perhaps in sexual dominance[1]. Plath brings these implicit sexual connotations into explicit discussion in when Esther meets Marco. Esther’s initial impression of Marco is shaped by his clothing, which appears colourful: “This man was wearing an immaculate white suit, a pale blue shirt and a yellow satin tie with a bright stickpin” (101). Marco’s clothing presents the promise of technicolour. Marco dresses himself in rich hues, but later, in the dark, Esther finds that his colourful appearance has changed. Defending herself from attempted rape, Esther punches Marco. Esther sees this interaction in greyscale. Marco “pulled out a white handkerchief and dabbed his nose. Blackness, like ink, spread over the pale cloth” (105). Esther breaks his illusory surface in punching him, revealing a blackness within. Marco’s exterior may suggest some perceived ideal, as in a technicolour movie, but Esther discovers that his initial technicolour appearance is misleading. Despite Marco’s glamour, he is a “woman-hater” (102). Plath indicates that the aesthetic allure of technicolour is an artificial front; it should not be idealized.

During the movie, Esther feels sick, in “terrible danger of puking” (39). She has ingested something unhealthy. Esther is unclear as to what has poisoned her: “I didn’t know whether it was the awful movie giving me a stomach-ache or all that caviar I had eaten” (39). Either way, she has been served something in technicolour. The movie’s colour is overwhelming to Esther’s visual senses. The continual “very” colourful scenes may make Esther sick. After being fed the film’s message, Esther feels the need to purge. This is combined with her earlier consumption of the “delicate, pink mottled claw-meat . . . and the bland yellow pear cup with its rim of alligator green” (45). Plath depicts in vivid detail the colour of Esther’s meal. The crabmeat avocadoes are served by the Ladies’ Day kitchens, which specialize in photographing “technicolour meals” (23). Underneath their technicolour appearance is ptomaine—something perhaps as poisonous as the film’s imposition of gender roles. The technicolour food appears attractive, but is harmful: the crabmeat renders the girls sick. Through Esther’s coincident stomach-ache, Plath indicates that the film’s technicolour instruction of women’s inferiority is causing psychological malady.

The film is advertising women as clothes-hangers, and men as prizes for abstinent women. This is propaganda fed to the masses in attractive colours. The audience members are engrossed, their “rapt little heads with the same silver glow on them at the front and the same black shadow on them at the back” (39). They are all exposed to the same illuminating silver light—but they are not being intellectually enlightened.   The film is an indoctrination, promoting idealization of women’s objectification as “clothes-horse[s].” The audience is consuming poison shown in deceptively bright colours. Perhaps this is why Esther says “I hate technicolour”: the exaggerated colours in the film romanticize gender inequality. Esther’s distrust of the artificiality of technicolour is reflected in her perception of colour. She questions the reliability of colours around her, describing perceived fraudulence in an “imitation silver-lamé bodice” (2), the “pink velvet façade of Jay Cee’s loveseat” (98), and a “great wallowing bush of mock orange” (115). The colours she observes are tricks; they conceal what she supposes is the true nature of the objects. Indeed, Esther notes that somewhere in the sky, the “silly, sham blue of the sky turned black” (151). Beyond the sky’s observed colour is a blackness, comparable perhaps to Marco’s misogyny or to the film’s presentation of women as objects—all this under a technicolour surface.

Esther is surrounded by bright colours; perhaps her immersion in technicolour advertising is an inherent aspect of her temporary work residence on Madison Avenue. Esther’s dislike of the film’s technicolour generalizes to a distrust of colourful exteriors in The Bell Jar. Plath indicates similarities among the Ladies’ Day culinary photo spreads, the football romance film, Marco’s clothing. Outward appearances should be doubted—technicolour crabmeat can be poisonous. Perhaps the sickness perpetrated by the crabmeat ptomaine reflects a more widespread psychological illness created by technicolour standards. Esther’s society, like the film’s audience, is enraptured by the promotion of gender roles in technicolour. Technicolour is part of Esther’s bell jar; its omnipresence, and its associated gender standards, result in an inescapable suffocation.

[1] “Clothes-horse” carries phonetic similarity to “clothes-whores.” Plath may imply a disapproval of perceived sexual promiscuity in the film’s female characters—an undeserved judgment, when men, like Marco, for instance, do not receive the same criticism. Later, Esther notes the difference in women and men’s sexual standards: she “couldn’t stand the idea of a woman having to have a single pure life and a man being able to have a double life, one pure and one not” (77).