Mulvey vs. Carter: The Power of the Gaze 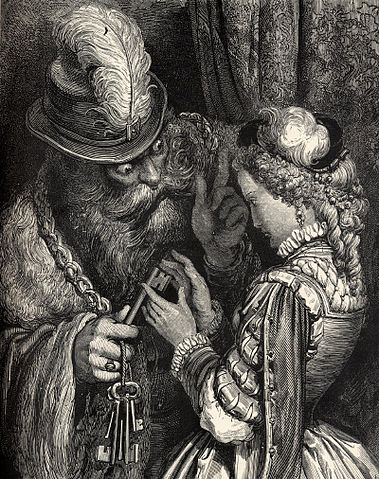 Both Laura Mulvey and Angela Carter are well-noted female writers in the 1970’s that have talked about feminism through their writings. In Mulvey’s famous article “Visual Pleasure and Narrative Cinema,” she talks about how most popular cinema tends to express patriarchal views through various male gazes using the method of psychoanalysis to explain how and why men, both within movies and the viewers, react the way they do. However, what has to be noted here is that in the article, Mulvey appears to almost exclusively talk about the male point of view and their superiority, thus barely touching upon the female’s perspective as either a character or the viewer. The only times where she does talk about women is how they are erotic objects for men and how they have a desire for a penis that they lack (according to Freud). This is where Carter comes in with her novel The Bloody Chamber. Within these gothic fairy tale retellings, almost all of the protagonists are female and we get to see things from their perspective. Unlike Mulvey who makes sweeping general statements on how men act and react when with the opposite gender, Carter counteracts this by making her protagonists more complex with how they behave and react to different gazes. Although some of Mulvey’s concepts do fit with some of the situations presented in The Bloody Chamber, Mulvey’s concepts also prove to be oversimplified with how differently Carter’s female protagonists respond to their respective situations.

The male gaze within “The Bloody Chamber” short story follows Mulvey’s idea of sadistic scopophilia fairly closely. Mulvey explains that sadistic scopophilia, also known as controlling voyeurism, “has associations with sadism: pleasure lies in ascertaining guilt…asserting control and subjecting the guilty person through punishment or forgiveness” (Mulvey 14). This matches up perfectly with the Marquis’s behaviour as he goes on to punish his wife for her curiosity by killing her as he did with his previous wives, which he gets pleasure from. He has this power because, as Mulvey explains it, “the male protagonist is free to command the stage, a stage of spatial illusion in which he articulates the look and creates the action” (Mulvey 13). This sense of being purposefully given the key to the chamber by her husband was also noted by the protagonist as she reminisces on how during her time at the castle, she “had played a game in which every move was governed by a destiny as oppressive and omnipotent as himself…” and ended up “behav[ing] exactly according to his desires…” (Carter 34). As much as she is aware of the fact she’s being controlled, she doesn’t fight back for long when the Marquis finds out about her voyeuristic discovery of the bloody chamber. Due to the fact that her husband has all of the power while she had none at that moment in time, she has no choice but to do as he commanded as there was no way for her to fight off his ever-present gaze. These events within “The Bloody Chamber” fit very well within how Mulvey views the patriarchal differences in power through cinema.

Progressively, while fetishistic scopophilia exists in “The Erl-King,” the female protagonist in the story does have more of a sense of being able to have a choice in her actions. The Erl-King himself exhibits fetishistic scopophilia, which is when the male fetishes a particular part or feature of the woman, thus making her less threatening. The Erl-King fetishes the protagonist instead of having a fetish of her current human body: he wants to turn her into a bird to literally objectify her. It’s his strong desire to have her be a part of a collection of singing birds all while “subjecting [her] to a controlling and curious gaze” (Mulvey 8). The protagonist makes note of this in reference to the Erl-King in that “there are some eyes [that] can eat you.” (Carter 86). Like the protagonist in “The Bloody Chamber,” both women were taken to a place that “portray[s] a hermetically sealed world which unwinds magically” as the “The Bloody Chamber” takes place in an isolated castle while “The Erl-King” takes place in an enchanted wood where the Erl-King lives in a closed-off clearing (Mulvey 9). Despite being placed in similar situations leaving them alone with their male counterparts, the female protagonist in the “The Erl-King” acts differently from the other girl. While she was willing to stay with the Erl-King due to her love for him, once she realizes his true intentions on how he “would do [her] grievous harm,” she begins to formulate a plan in her mind on how to kill him in order to help herself and his previous victims escape (Carter 90). Carter purposely made this a much more complicated situation showing that women are not simply puppets that can be toyed around with by men according to what Mulvey was saying, but that these women also hold their own thoughts on how they are being looked at. They also have the capability to respond to the situation differently.

Finally, the feral girl from “Wolf Alice” is the one to experience discovering and being aware of herself instead of the male duke caretaker. In her article, Mulvey referred to Jacques Lacan’s idea on babies recognizing themselves in mirrors: “Lacan has described how the moment when a child recognizes its own image in the mirror is crucial for the constitution of the ego” (Mulvey 9). This was particularly important with the feral child in “Wolf-Alice” because she had very little awareness of herself when the nuns dealt with her. Once she interacts with her reflection in the mirror at the duke’s castle, she “imagines [her] mirror image to be more complete…” as if it was another living being like herself (Mulvey 9). She jumped and celebrated only to find that “when she retreated from the mirror, she halted…puzzled, to see how her new friend grew less in size” (Carter 123). As she enters puberty and begins to menstruate, develop breasts, and start to grow pubic hair, she slowly gains “…the internal instincts of self-awareness” as she now starts getting a sense of self and time from the changes going on both in and out of her body (Mulvey 10). Due to the growing feral child gaining awareness, it “gives rise to the future…identification with others” as she now mentally recognizes and even sympathizes with the duke once he gets injured by the villagers (Mulvey 10). Now that her self-awareness has made her more aware of the state of others around her, she was the one who ended up breaking the monstrous curse over the duke. This goes against Mulvey’s argument where it appears to be referring to the fact that women don’t get to have a chance to express thoughts about themselves outside of a male’s perspective. During the events of “Wolf Alice” however, the feral child ended up making sense of herself and her identity without the marquis’s presence influencing her too much. The feral child building up her ego and gaining self-awareness shows that once again, both men and women are capable of gaining a sense of self and identity without the need to be based on a gaze from a male protagonist.

Despite some of Mulvey’s concepts having a general fit with several of The Bloody Chamber’s stories, her ideas can also be too simplistic, disregarding how women are capable of reacting differently under these different scenarios. Out of the stories mentioned here, “The Bloody Chamber” would be the best example of how Mulvey’s concepts can apply to literature as this female protagonist was the one putting up the least amount of resistance as she believes that she does in a way deserve to be punished for being voyeuristic disobeying her sadistically voyeuristic husband. The protagonist of “The Erl-King” on the other hand defies and fights back against the Erl-King trying to fetishize her by objectifying her as another one of his captured birds. Instead of focusing on the character of the duke, the focus on the feral child and her coming to terms with self-awareness shows that women are able to have these tendencies of knowing about their potentially more complete selves. One would wonder how these two women viewed each other at their respective times with their different ideas on how men and women behave within their respective medias. Either way, both women were influential in how women in various forms of media are challenged to be more developed characters.