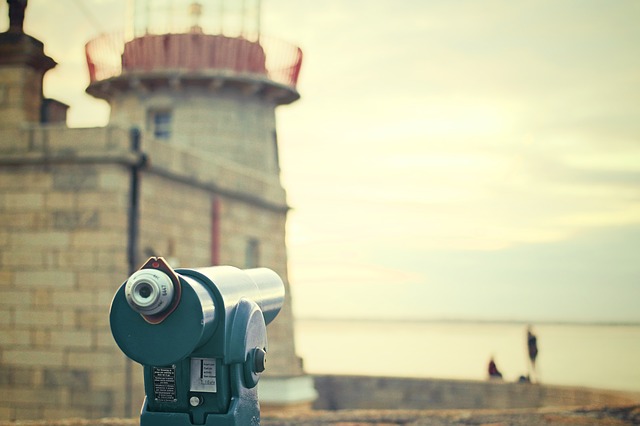 Midge’s Point of View: Unacknowledged Subversion of the Symbolic in Hitchcock’s Vertigo

Laura Mulvey’s 1975 essay “Visual Pleasure and Narrative Cinema” includes a discussion of Alfred Hitchcock’s 1958 film Vertigo. While the discussion is relatively short, spanning less than a page, it makes important claims about the value of the film in psychoanalytic terms. Essentially, Mulvey argues that the way the relationship between Scottie and Madeleine/Judy is depicted places the film firmly in the realm of the ‘symbolic.’ This reference to Jacques Lacan indicates how their relationship demonstrates the invisible social order that codes society, and, crucially, inculcates and upholds gender inequalities. However, in her argument Mulvey makes no mention of Midge, the film’s only other female character. Midge’s character complicates the idea that this is a purely symbolic film, and even attempts to subvert the codes that make up the symbolic. Both the way that Midge is captured by the camera, as well as how she is implemented in the plotline, complicate the simple dichotomies between man/woman, active/passive, and holder/object of the gaze that supports Mulvey’s argument.

The introduction of each woman into the storyline demonstrates their role and shows how they will be treated for the rest of the film. The mise-en-scene, cinematography, and sound of both introductory scenes are telling of the roles of the women in the film. Midge is introduced early on: she and Scottie are in her apartment; Scottie is sitting down and she is working at her desk (5:00-11:20). It is a very bright, naturally lit shot and the music is light and quiet. The background music is present throughout the entire scene, but the focus is on the conversation between the two characters as opposed to the sound and the feeling it creates. The camera uses medium shots that put emphasis on the environment of the characters rather than the characters themselves. There is a distance established between the two characters through the framing. They are never shown together in a shot and they never appear to be looking at each other, but rather they each seem occupied in their own activities and keep up the conversation as a secondary way to pass time. This shows that while the two characters care about each other it is not the same type of all-consuming love and/or obsession that defines the relationship between Madeleine and Scottie. Furthermore, the absence of point-of-view shots resists identification by the spectator with Scottie as ego-ideal, the inner image of oneself that one wishes to become. This makes it impossible to view Midge as an object in the same way Madeleine is viewed.

Madeleine’s introduction and the way it is filmed foreshadow the treatment of her character throughout the rest of the film and demonstrate how different her treatment is from that of Midge. When Madeleine is introduced, the camera starts focused on Scottie before panning out to a wide shot of a room full of people eating (16:54). It then slowly focuses in on a table in the corner and the music begins to take over from the sounds of the crowd (17:19). This focuses the viewer’s attention on the table, makes them forget about the rest of the room, and most importantly emphasizes the woman at the table. To establish a relationship of looking and being looked at, the camera cuts back to Scottie to remind the audience who holds the gaze and resulting power in this relationship. Voyeurism gives Scottie his power, and what makes him a voyeur is his ability to look without being seen. The doorframe, through which Scottie/the spectator looks, centers Madeleine in the shot to emphasize her importance; it frames her also, in the process objectifying her. The music comes to a crescendo and the camera zooms in on Madeleine’s profile. The lighting changes to emphasize the contrast between the light skin and hair of the woman and the red background of the restaurant, thus making her face the obvious focal point. Madeleine’s face becomes increasingly fetishized in the scene, culminating in the right, then left profile shot seen from Scottie’s point-of-view that ends it.

The music and lighting in the scene with Midge are static and this shows how her character’s presence will be unchanging unlike Madeleine’s character, which will lead Scottie on a tumultuous emotional exploration. The emphasis here is entirely on Madeleine’s image; she need not (should not!) speak to capture the attention of both the viewer and Scottie, whereas Midge has a speaking role and has to work to keep Scottie’s attention. The use of point-of-view shots allow the viewer to identify with Scottie as ego-ideal and the spectator is brought into the symbolic order thus forcing them to become a part of the invisible order that codes society. The mise-en-scene, cinematography, and sound allow the spectator to understand the role of both women in the rest of the film from their introductory scenes alone.

There is no doubt that the relationship between Madeleine/Judy and Scottie presents a patriarchal power dynamic; however, comparing the way they interact with Midge and Scottie’s exchanges demonstrate how Midge’s character complicates the film’s place in Lacan’s symbolic world. Mulvey writes, “Vertigo focuses on the implications of the active/looking, passive/looked-at split in terms of sexual difference and the power of the male symbolic encapsulated in the hero” (Mulvey 16). When looking at the relationship between Scottie and Madeleine/Judy, this statement is entirely true. He is actively pursuing her and she is passively letting herself be pursued. This establishes a symbolic relationship between the two in which the man holds the look and the power and the woman is looked at and voyeurism gives the man the power. This reinforces a coded power dynamic between the two that dictates how they act with each other. This is demonstrated during the first meeting between Scottie and Madeleine when she is in his bed and he is standing over her (45:07). He is clothed, standing, and above her whereas she is unclothed, lying down, and below him: the unequal power dynamics are evident. This tableau aptly supports Mulvey’s ideas about the split defined by sexual difference. However, the relationship between Midge and Scottie is not as simple and this is why Mulvey fails to address her role in this text. Just after the scene mentioned above, Midge drives up to Scottie’s house and sees Madeleine leaving and Scottie open the door to again pursue her (52:30-53:00). In this scene, Midge is actively looking for Scottie and she becomes the voyeur. He becomes object of her gaze. While she does not embrace this role fully and drives away quickly afterwards, this subversion is an important indicator of her role in the film. She complicates the dichotomy between passive female and active male because she becomes an active female spectator. This brings the coded reality of the symbolic into question and attempts to redefine the code to create more active roles for the woman.

This role-reversal element that emphasizes Midge’s complicated role in the film is especially apparent in a contrast between two tableaus of each couple. In the beginning of the film, as Scottie is attempting to fight his acrophobia and when he gets dizzy and falls, Midge catches, supports, and reassures him (11:15). Scottie does the same with Madeleine later on when she declares to him that she believes she’s mad. He holds her up and supports her both physically and emotionally (1:04:48). These scenes are almost identical in composition. The person in need of support is always facing downwards and the supporter is grasping them and holding them up. The parallels between these two tableaus and the scenes that surround them highlight the significance of the role reversal. Midge’s lived experience of supporting Scottie actively disrupts the symbolic coded world in which Scottie lives. He experiences a symbolic world in which his relationships with women are coded based on the active/passive split brought about by sexual difference. Midge defies that code by supporting him in this scene and he cannot face that and therefore he pursues Madeleine. That kind of relationship, based on looking, is the only kind he knows how to comprehend due to his birth into the symbolic. Scottie embraces the symbolic and kisses Madeleine after assuring her that he will always be there for her, whereas in the scene where Midge is supporting Scottie there is no development. The scene fades into another to shows that Midge’s active female supporter has no place in this kind of film because, as Mulvey says, it relies on the symbolic (16). However, the complication that Midge’s character brings about is important to a more subversive reading of this film.

Notably, Midge is punished for her subversive role in the film and this demonstrates that while she complicates the symbolic meaning it is not enough to recode the network of rules that define the symbolic of the film. She drops out of the narrative after a last attempt to connect with Scottie (1:05:32-1:08:45). He rejects her for the woman who allows him to look at her but who won’t look back at him. Therefore, during her time on the screen the symbolic nature is questioned, but as she departs from the narrative so does any hope that Scottie can escape his coded world. When she drops out of the narrative he immerses himself completely in the pursuit of Madeleine’s image, which he is rewarded for when he overcomes his acrophobia at the end of the film. This affirms Mulvey’s argument that the male protagonist is inevitably rewarded for embodying patriarchal dominance, but only demonstrates further how important Midge’s subversion can be, despite its inevitable failure in this case. That Mulvey fails to mention it at all seems disingenuous.

The comparisons between Midge and Madeleine’s depictions through mise-en-scene, cinematography, and sound, as well as their roles in the plot of Vertigo, demonstrate the different roles each woman plays. It highlights the complications brought about by a female character that challenges the active/passive, male/female dichotomy. Although the main focus of the film is ultimately the symbolic world in which Scottie lives, the impact a character like Midge has on viewers cannot be measured. Challenging the symbolic and acknowledging the characters that attempt to redefine the symbolic and the ways in which they do so is imperative. Though Mulvey does not mention Midge in her discussion of Vertigo, probably because of her failure to redefine the codes of the symbolic, it needs to be acknowledged that Midge’s role is an important one of subversion.