Sigmund Tzu and the Dream World 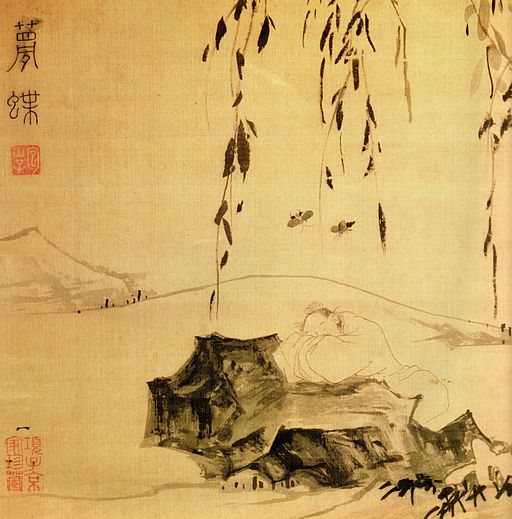 “All the things one has forgotten scream for help in dreams.” – Elias Canetti

Delving deep into the psyche of Dora, Freud’s case history, Fragments of an Analysis of a Case of Hysteria (Dora), navigates the thoughts and dreams that course through her psyche to find, pick apart, and analyze the potential causes of grief and suffering that plague her daily life. A young girl known to us as Dora became the patient of Freud after her father left her with him for treatment. She presented to him many physical symptoms, as well as symptoms ostensibly hysterical in nature. Rather than prescribing Dora drugs or hypnosis as other contemporary doctors would have done, Freud employed rather unorthodox methods for the time in an attempt to determine the root causes of her illnesses and extinguish her problems. By listening to Dora’s flow of thoughts, Freud grasped at minute details and spun conclusions from them, fabricating an intricate web of stories based off nothing more than old recollections of Dora’s past. But during his quest to cure Dora, Freud exploited the dream world in order to probe Dora’s unconscious, where her mental defenses were lowered and key information that had been repressed from the conscious mind came forth. Using this method he acquired information which he used to decipher the messages her unconscious tried to deliver and expose but couldn’t, as Dora’s conscious mind banished them away to a dark corner of her mind. When examining Freud’s usage of the dream world in his diagnoses, it is fascinating to see the similarities in which he approaches dreams and Chuang Tzu utilizes dreams, as Chuang Tzu is quite famous for his passage in the Zhuangzi, the butterfly dream. Despite a couple of millennia, and drastically different cultures separating the two men, their approach and philosophy regarding dreams as a tool to connect the dream and real world, a tool to discover of oneself, and as a tool to heal is extremely surprising in their similarity. Utilizing Zhuangzi as an aid in understanding dreams, we are able to understand the importance of Freud’s usage of dreams in formulating a cure for Dora that could have been the key to her problem.

A lesson stressed by Chuang Tzu throughout his text the Zhuangzi is the apparent oneness between the world, Heaven, and the ten thousand things. One of the more prevalent ideas in the butterfly dream is the unity between Chuang Tzu and the butterfly he dreams of: “he didn’t know if he was Chuang Chou who had dreamt he was a butterfly, or a butterfly dreaming he was Chuang Chou.” (Zhuangzi 45) Through this unity, the dream world cannot be distinguished from the real world: all of the sights, sounds, and emotions that we feel in the dream can be just as vibrant and vivid as our experience in reality. When analyzing Freud, we cannot say that he would agree to the entirety of Chuang Tzu’s beliefs on oneness, but it is evident that in Freud’s writings there appears to be little distinction between reality and the dream world: it is clear to him how both are connected and, in a sense, one. When exploring Dora’s first dream, the topic of fire becomes quite prevalent in its importance to the development of the cure. It seems strange how Dora’s olfactory senses smell smoke upon waking from the dream, but if we embrace the idea of oneness between both the dream and real world seriously, it then seems entirely plausible, as the mind is quite a powerful force in its ability to trick the brain. Freud recollects this information after sifting through Dora’s stories: “Something is on fire … the kiss probably tasted of smoke, so Dora smells smoke in the dream content, which in this case continues after she has awoken.” (Freud 78) Through this tiny tidbit of information, Freud was able to produce a fortuitous conclusion: “Now I am certain that the dream was the immediate effect of the experience with Herr K.” (Freud 57) The dreams are retelling a reality of the events that took place in the past. The establishment of this oneness allowed Freud to expand his knowledge of the case by distinguishing between the conscious and unconscious minds and the roles that they played in the real and dream worlds, and in discovering many of Dora’s secrets.

The dream and the unconscious proved to be a powerful tool to both Chuang Tzu and Freud. To many in Freud’s era, the interpretation of dreams was viewed as a “useless art” (Freud 102), perhaps a method only the foolish would try and use. But Freud remained persistent in defending and mastering the “useless art,” which he utilizes successfully in Dora’s case, perhaps to the delight of Chuang Tzu who writes, “all men know the use of the useful, but nobody knows the use of the useless!” (Zhuangzi 63). Through dream analysis, Freud reveals to the west a very eastern idea that “the interpretation of dreams is the royal road to a knowledge of the unconscious activities of the mind” (Freud). Freud recognized that man had a tendency to purposefully leave out information or hide it in the recesses of the mind: the conscious mind had only so much to give before it was of no use, and so he needed to mine deep into the fathomless cavities of one’s head, where the unconscious mind would be willing to dispense this information like a bountiful deposit of ore. Chuang Tzu also understood this tendency, and so he tells us, “Don’t listen with your ears, listen with your mind. No, don’t listen with your mind, but listen with your spirit.” (Zhuangzi 54) Both our ears and mind are tainted and repressed by the falseness of our world and our conscious thoughts. But our spirits remain pure to ourselves, empty of the burden of repression impressed upon the unconscious. Chuang Tzu then instructs us to “look into that closed room, the empty chamber where brightness is born!” (Zhuangzi 54) And Freud unknowingly follows this advice when he peers into Dora’s unconscious dreams, free from the repression of her conscious thought, and discovers the luminescent clues and answers locked away in Dora’s mind that he desires. Freud also knew our tendency to keep secrets, whether consciously or unconsciously, by observing little clues in behavior such as when Dora plays with her purse, and he could easily tell when the unconscious gave them away:

Anyone with eyes to see and ears to hear will be convinced that mortals cannot hide a secret. If one’s lips are silent, one will be voluble with one’s finger-tips; betrayal seeps through every pore. And for that reason the task of bringing the most hidden parts of the soul to consciousness is very easy to accomplish. (Freud 67)

Through Freud’s view on the unconscious, we see how it assumes a primeval role that contains all of our instinctual desires and emotions, and that “only unconscious desires, or those that extend into the unconscious, have the power to form a dream.” (Freud 59) After discovering the true Dora with the help of the unconscious and its supply of dreams it is then up to Freud to help Dora along with her recovery or transformation of self, and the process which he employs appears very similar to the stages in a butterfly’s metamorphosis.

One of the most important lessons that can be taken from Chuang Tzu’s butterfly dream is the transformation of the butterfly. Before discussing such transformation, we must consider the butterfly itself. When reading the Zhuangzi, one might believe that Chuang Tzu chose the butterfly haphazardly, inspired by a spontaneous nature; but, upon closer examination, the choosing of the butterfly is singularly discerning, as it is a beautiful representation of the characteristics of Chuang Tzu himself and the self-cultivation one discovers while undertaking the Daoist journey. Chuang Tzu chose the butterfly because it represents a blissful freedom, unshackled by the world and its problems, free of limitations, and liberated, fluttering about in the world not bothered by emotional and material struggles. The transformation Chuang Tzu mentions is the metamorphic cycle of the butterfly, from the ugly landlocked caterpillar, to the meditative chrysalis, and finally the gracefully elegant butterfly. As a humble caterpillar, this is the stage in which one must learn of their place in the world as they slog through the consumption of leaves. Yet in this slog, one should not rush to become a butterfly, as Chuang Tzu warns: “do not deviate from your orders; do not press for completion (…) A good completion takes a long time, a bad completion cannot be changed later. Can you afford to be careless?” (Zhuangzi 57)

Here we can look at Dora in her sickly, miserable state as a caterpillar barely surviving in the wilderness. But just like the caterpillar, we are often a target of predators, which can consume us and deny us our completion in the transformation. Yet some nasty bird does not swallow up Dora, as she finds shelter under the vast tree of knowledge that is Freud, who feeds her the information that she needs to restore her to health and continue her journey along. After a significant accumulation of knowledge, the caterpillar enters the chrysalis stage. This is where Dora climbs into Freud’s branches and starts processing this information that she has been fed by Freud through his interpretation of dreams. Finally after sufficient time spent dwelling on this information, the butterfly in all its beauty and majesty awakens from its meditation, unrecognizable from its former humble self. But to Freud’s disappointment, Dora was not willing to persevere in the chrysalis stage of her treatment, and did not become a butterfly in his view, as Freud unlocked and unleashed the monsters that dwelled within her second dream: “anyone who, like myself, awakens the most wicked demons that dwell untamed in the human breast in order to do battle with them must be prepared to suffer some damage in the course of that struggle.” (Freud 95) He understood the integral nature of the chrysalis stage to the development of his cure, and without this crucial step, the key to Dora’s cure would be incomplete:

Not only the brevity of the treatment, barely three months, but also another factor inherit within the case, prevented the cure from concluding with an improvement admitted by both the patient and by her relatives, which would be attainable otherwise, and would have corresponded more or less closely to a complete cure. (Freud 103)

But despite a failure to find the cure in his own terms, Freud did not fail in helping Dora with her transformation along a dangerous path that few before him could tread.

While Chuang Tzu uses his own dreams to help broaden people’s understanding of Daoism, Freud utilizes people’s own dreams to enlighten them on their own situations and the causes of the stagnation in their mind and body, as well as the reasoning for their sickliness and, later, to encourage them along their own personal transformation. By exploring her unconscious and establishing a connection between the dream and real world Freud was able to aid Dora in her journey to be a ‘normal’ young woman again, just as Chuang Tzu helped others to navigate their own metamorphoses.