Sylvia Plath: The Devil and The White Macaw 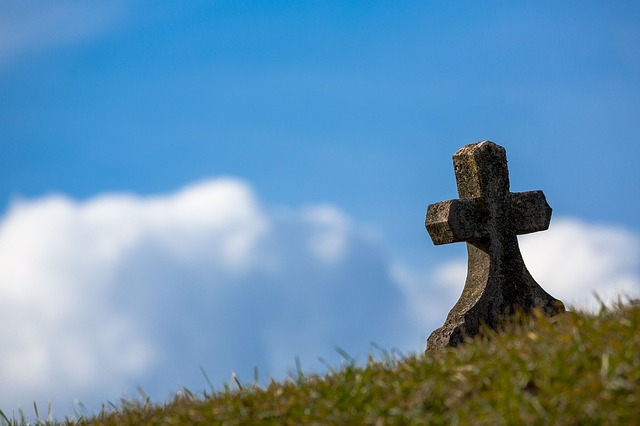 At twenty I tried to die

“Everything [Doreen] said was like a secret voice speaking straight out of my own bones.” (Plath 7)

Sylvia Plath’s Esther Greenwood has a complex understanding of her enlivened friend Doreen, which makes her long for a similarly spirited disposition. Esther’s existence is instead confined by the ever-present thoughts of death plaguing her mind. The presence of death in Esther’s life emerges from Plath’s own experience of helplessness in grasping the fact that her father died when she was only nine.[1] Doreen’s unapologetic existence, contrasting Esther’s dark reality, is consistently unattainable to Esther. In this way, Esther’s enthrallment with Doreen’s life is comparable to her mourning of her father. Plath’s intense longing for her father’s presence in the poem “Daddy” therefore corresponds with Esther’s disconnect towards Doreen’s way of life in The Bell Jar. This comparison can be drawn from the symbolism of clothing adornments, physical appearances and telling actions. Esther’s inability to accept her father’s death is reflected in her reaction to the unobtainable pleasures of vivacity that shape Doreen’s life.

In The Bell Jar and the poem “Daddy,” clothing adornments can often be seen as symbols of abandonment. In the first lines of Plath’s poem “Daddy,” prominence is placed on a “black shoe” that could represent Plath’s feelings of mourning for her father. The black shoe, evoking a piece of a funeral outfit, has become something of a home for Plath in these opening lines. Her having “lived” in the shoe betrays the extent to which she has let sorrow enthral her life. The repeated words “you do not do” point to Plath’s weary nature regarding the mourning of her father. It seems as if the poem “Daddy” in many ways concludes Plath’s thirty years of mourning (Plath, “Daddy,” line 4). The shoes seem to act as a manifestation of this rejection, correlating with Esther’s use of clothing in The Bell Jar. At the end of her time in New York City, Esther climbs to the roof of her hotel with a bundle of clothes. “Piece by piece, I fed my wardrobe to the night wind, and flutteringly, like a loved one’s ashes, the grey scraps were ferried off, to settle here, there, exactly where I would never know…” (Plath 107). Esther’s clothing items are described as resembling “a loved one’s ashes” which again brings to mind a longing for her father’s presence. The release of the decorative wardrobe also seems to symbolise the release of a world that Doreen represents. Esther previously said that Doreen’s wardrobe “suggested a whole life of marvellous, elaborate decadence that attracted [her] like a magnet (Plath 5). The liveliness of Doreen’s clothing items, including “dressing-gowns the colour of sin” (Plath 5), prompt Esther to imagine a decadent life that is unattainable to her. Part of the reason for this is that her father left no money when he passed away because he distrusted life insurance salesmen (Plath 36). This lack of trust on the part of Esther’s father seems to have fed into her own personality, shown through her suspicion of the embellished city life in which Doreen lives. The negligence on the part of Esther’s father seems comparable to Doreen’s ability to “go the whole way doing what [she] shouldn’t” (Plath 28). Esther throwing her wardrobe into the wind at random is a demonstration of her abandonment of Doreen’s way of life, and can be seen as an indication of Plath’s own release of mourning.

But no less a devil for that, no not

Any less the black man who

The physical appearances of both Plath’s father and Doreen, mainly with the use of colour and animal imagery, contribute to Esther’s eventual decision to remove herself from Doreen. Plath’s father is described as a “devil” that ripped her heart apart, while his blackness gives him an evil quality. Alternately, Doreen is described as thoroughly white: “With her white hair and white dress she was so white she looked silver. I think she must have reflected the neons over the bar” (Plath 9). Doreen’s shocking whiteness gives her in an angelic image, which opposes the depiction of her father as a devil. Seeing Doreen in an angelic light seems to push Esther further into her own darkness, in which rest thoughts of her father’s death. She says, “I felt myself melting into the shadows…” (Plath 9), her “melting” into shadow contributing to the dark image that surrounds Esther. Esther describes Doreen as having “an interesting, slightly sweaty smell,” reminiscent of the musk of sweet fern leaves (Plath 5). Esther’s comparison between Doreen’s scent and that of a plant might partly convey the nature of Doreen’s vibrant existence. The fern leaves may symbolize new growth, whereas the musky smell conjures up an image of experienced wisdom. Doreen’s male interest, Lenny, is in turn entranced by her white-hot existence: “He kept staring at her the way people stare at the great white macaw in the zoo, waiting for it to say something human” (Plath 10). This description of Doreen brings her into an inhuman and animalistic existence, comparable to Plath’s referring to her father as a “brute” (Plath, “Daddy,” line 50). Esther seems to understand both her father and Doreen as beyond human, worthy of being pondered and yet easily set free. Plath says to her father “Daddy, I have had to kill you” (Plath, “Daddy,” line 6), which could aid in explaining her decision to abandon her mourning. This decisiveness corresponds to Esther’s eventual choice regarding Doreen: “I made a decision about Doreen…deep down I would have nothing at all to do with her” (Plath 21). Esther’s complete desertion of her investment in Doreen seems connected to Plath’s decision to reject the presence of her deceased father in her mind.

And the villagers never liked you.

They are dancing and stamping on you.

Plath’s fierce emotions surrounding her father’s death become clear through the telling actions of the final stanza of “Daddy,” in which she seems to abolish the thought of her father with the use of metaphorical villagers dancing on his body. The villagers are portrayed as rejoicing at the thought of his death, as Plath says they “never liked [him].” The combination of the words “dancing” and “stamping” brings together the usually joyful act of dancing with a vengeful stomping on her father’s memory. During an early scene of The Bell Jar, Esther sits on the sidelines of Lenny’s apartment, watching him and Doreen become engrossed in each other. Esther observes as “without a word they both [start] to jitterbug, still hanging on to their glasses” (Plath 14). The two begin dancing “without a word,” their absorption such that words are rendered extraneous, and they continue dancing through the intervals between songs (Plath 15). Esther watches the dancers, “shrinking to a small black dot…[feeling] like a hole in the ground” (Plath 15). Esther’s feelings of inconsequentiality while watching Doreen’s exuberant actions are such that she feels reduced to a black dot, similar to a fly on the wall. Her depiction as a hole in the ground seems to reveal Esther’s accordance with the air in the room, accompanied only by strains of music. Since Doreen and Lenny continue their carnal dancing even between songs, both the music and Esther’s presence are rendered insignificant. There was likely a similar feeling of insignificance prominent in Esther’s relationship with her father. Plath illustrates her inability to talk to him by describing her mouth as clamped shut with the strength of a “barb wire snare,” trapping her tongue inside her jaw (Plath, “Daddy,” lines 25-26). Doreen’s mouth is described as set in a perpetual “amused, mysterious sneer,” born out of the judgement she passes on people around her (Plath 4). While Esther’s mouth becomes unusable in the presence of her father, Doreen’s mouth is as active and unapologetic as her existence. With the aid of Plath’s active use of dance and mouth imagery in “Daddy,” her father’s death can be seen as working in stark contrast to Doreen’s jauntily sultry life.

Sylvia Plath’s existence seems to have been shaped largely by the absence of her father: the dark thoughts surrounding her father’s disappearance threaded their way through Plath’s brain and refused to be abolished. Much of this preoccupation with death is represented in The Bell Jar, within the mind of Plath’s predominantly autobiographical character, Esther Greenwood. Esther’s accordance with Doreen in many ways resonates with Plath’s relationship with her father’s death. In “Daddy,” meaningful physical appearances as well as characters’ telling actions become crucial to understanding this relationship. Both her father and Doreen represent a longing for something out of Esther’s reach, be it a presence or a way of life. Although Doreen embodies a life of unconcerned fulfillment that Esther yearns for, she must eventually abandon this desire, just as she must release the reigns binding her to her father’s death.

“Daddy, daddy, you bastard, I’m through.”

[1] Both Sylvia Plath’s poem “Daddy” and her novel The Bell Jar are widely understood as semi-autobiographical (lecture: Michael Zeitlin). The argumentative comparisons in this essay are provided with the assumption that the fathers depicted both by Plath and by Esther Greenwood are largely interchangeable.