The Sound of Scandal 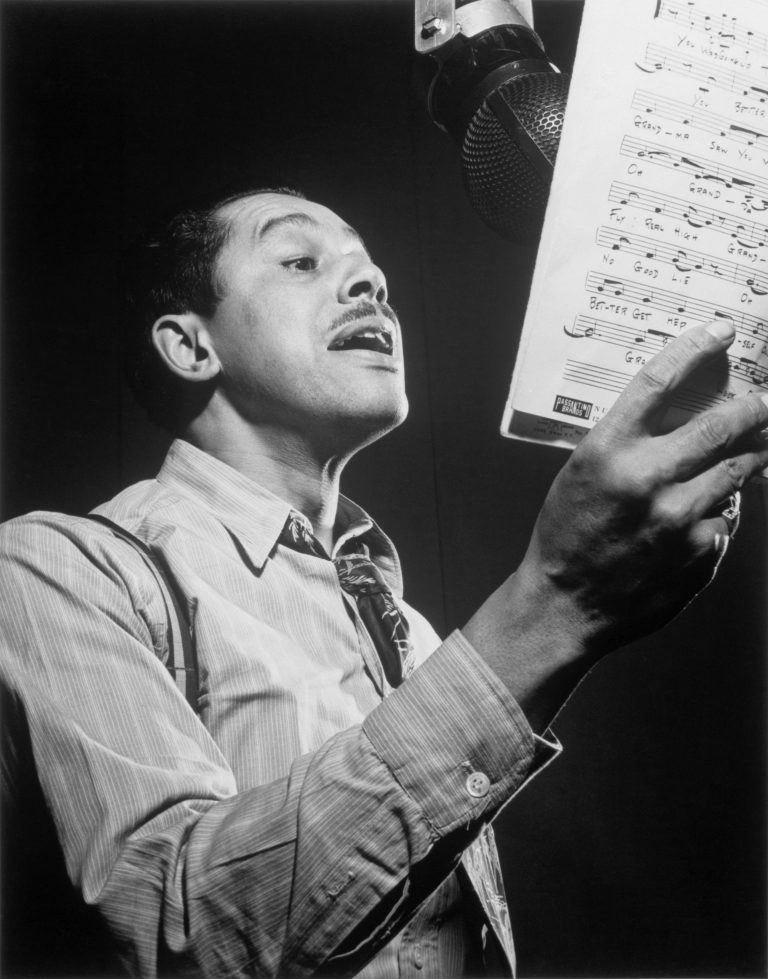 The Sound of Scandal:

While many critics of Toni Morrison’s novel Jazz choose to focus on her use of the music form’s distinct structure in the narrative voice, jazz music itself also plays a vital thematic role in the story. By incorporating motifs of jazz into her Harlem-based narrative, Morrison urges readers to draw comparisons between jazz music and the decadent yearnings of her characters, as well as notice the City’s influence over these seemingly personal drives through the intimate connection jazz has to it. In parallel with the temptation-filled City, the motif of jazz alludes to the danger of indulging in desires, but simultaneously suggests that embracing and recognizing, rather than avoiding, that indulgence is what finally allows the possibility of reconciliation.

In justifying why she chose the title “Jazz” for the novel, Morrison explains: “[Jazz] has implications of sex, violence, and chaos, all of which I wanted in the book” (Carolyn, Toni Morrison: Conversations, 94). Indeed, the genre of jazz is marked by elusive chromatic scales and enigmatic, often dissonant chords, creating a charm unique to its anarchism. In addition, each piece tends to showcase a variety of solos by different instruments, enriching the performance by featuring a dizzying array of styles through each player’s improvisation. In the novel, jazz is easily associated with Harlem’s frenzied and promiscuous everyday scenes. The narrator, when introducing the City, bunches the sound of “clarinets” with “lovemaking, fists and the voices of sorrowful women” as “blasé thing[s]” taking place in shadows (Morrison, Jazz, 7). Jazz complements and normalizes all the private, stimulating elements in the lives of individuals of the city, associating itself naturally with passion, violence, and grief from the moment it is introduced. More directly, Morrison allows one of her central characters, Dorcas, to engage with the concept of jazz in her licentious fantasies. Even under her aunt’s careful protection, Dorcas is “happy knowing that there [is] no place to be where somewhere, close by, somebody [is] not licking his licorice stick, tickling the ivories, beating his skins, blowing off his horn while a knowing woman s[ings] ain’t nobody going to keep me down” (Morrison 60). Through Dorcas, elements of jazz are fused with sexual connotations through word choices such as “licking” and “tickling”, emphasizing jazz’s importance as a token of alluring decadence.

Despite how personal an individual’s desires may seem, the strictly structured form of jazz – a motif interwoven with the City’s presence – makes it a fitting symbol for the City’s subtle control. Almost all mentions of jazz in the novel are of street music, and most instances are a part of the narrator’s in-depth descriptions of the City. Moreover, while often creating a sense of languor, jazz music conforms to precisely calculated tempo and syncopation. The infamous swinging beat, for example, must meet the specific criteria of being “divided into two parts,…the former part…longer and more accented than the latter,” with the relationship of durations being “67:33” (Music Theory – Swing). Similarly, when commenting on how Joe “thinks he is free” (Morrison 120) to develop an extra-marital affair, the narrator claims that “you can’t get off the track a City lays for you” (Morrison 120). Very soon, Joe becomes enslaved to his obsession  with Dorcas, leading him to shoot her and bring upon more suffering for himself, making him another example of the City’s everyday “Black and bluesman” (Morrison 119) with his grief. The use of a record’s “track” as a metaphor further heightens the similarity between the City’s control and jazz as a systematic art. In addition, while allowing lengthy improvised solos, a jazz piece always adheres to a central theme. With the City representing the central theme and the characters the solo improvisations and melody variations, the narrator’s comment on Joe’s inability to escape becomes even more compelling.

However, the City does not simply constrain; its pervasiveness stems from the indulgent pleasures with which  it provides the characters, which is well represented by the sensuality of jazz. When describing the effect of the City on Black immigrants from the South, the narrator declares that people end up loving “[their stronger, riskier selves] so much they forget what loving other people was like” (Morrison 33), with only a thrilling “desire” (Morrison 34) for others lurking everywhere. What turns Joe into a “bluesman” is his addiction to the pleasure he gets out of his relationship with Dorcas, which causes him to succumb to the extreme of “[shooting] her to keep the feeling going” (Morrison 3). Alice Manfred, Dorcas’ cynical aunt, labels jazz as “dirty, get-on-down music the women s[ing] and the men [play] and both [dance] to” (Morrison 58), and attributes promiscuity and racial violence directly to it. Through Alice, the notion of jazz changes from a symbolic presence into a literal source of wrongdoing, amplifying its arousing effects. Playing out Alice’s worst fears, her niece falls prey to “a City seeping music that beg[s] and challenge[s] each and every day” (Morrison 67). Even Dorcas’ death is heavily connected to jazz, with piano-playing and the singing of a song for which she “know[s] the words by heart” (Morrison 193) accompanying the scene. Her preoccupation with music and others’ activities, as well as her reminiscing  even on her deathbed about her power status “in [Malvonne’s] room” (Morrison 193)  are evidence of her deeply delusional compulsion for pleasure and attention. Both her admission into Harlem’s “life-below-the-sash” (Morrison 60) and departure from it through death are marked by jazz, signifying the completeness of the City’s influence.

Still, even with jazz’s link to senseless indulgence, Morrison’s treatment of silence as being sickly in contrast with jazz’s boisterousness makes the lack of music an even greater concern in the novel. As Joe and Violet’s relationship experiences degradation, the narrator uses the phrase “poisoned silence” (Morrison 5) to describe their distance. If music in the novel represents desire, then the obstacle of silence between Joe and Violet is not just an absence of communication, but a lack of mutual desire, or at least a wariness towards acknowledging it. Both preoccupy themselves over the dead Dorcas instead, Joe from an inability to move on and Violet out of spite and ambition. On the level of individual characters, silence reflects a suppression of self-identity. In explaining Violet’s fall into silence, the voice that appears to be Violet’s realizes: “I got quiet because I didn’t know what my hands might get up to….The business going on inside me I thought was none of my business and…going crazy would make me lose [Joe]” (Morrison 97). Her silence is a result of her fear of submitting to a more active, desiring self, but serves only to increase internal discord to the point of splitting personalities, not to mention drawing Joe apart from her. Even Alice Manfred, the proposer of the idea that street music brings harm to the common good, is deeply troubled by internal tumult born within silence. In the midst of enjoying rare moments of silence in bed, “a melody line she doesn’t remember where from sings itself, loud and unsolicited, in her head…,hard to dismiss because underneath…are the drums that put Fifth Avenue into focus” (Morrison 60). If jazz is as influential as Alice claims, not even she can deny the positive ties between it and the social movement that consoled her from her anxiety and loss of family. Her love-hate relationship with jazz music and the Black community that shaped it is fundamentally messy. Jazz, in representing inner desires, represents her various suppressed emotions, such as her shocking appetite for “blood” (Morrison 86) in the form of revenge from a cheating spouse. Moreover, it is symbolic of African American pride, with the 1920s Harlem Renaissance signifying the merging of “Black culture and ‘high art’” (Harlem Renaissance and American Music). Her blaming of racial violence on Black jazz reflects a deep self-consciousness of her own culture – a result of the racist attitude of her time. The fact that her accusations against it come from “sermons and editorials” that condemn it for being “just colored folks’ stuff” (Morrison 59) makes Alice’s avoidance of jazz even more self-abhorring than justifiable, combined with her contrived denouncement of her own emotions.

As the plot of the novel unfolds in a drastically different way than envisioned by the narrator, the importance of confronting and overcoming one’s subdued urges for the sake of reconciliation emerges as a new theme, not without the aid of the motif of jazz. The reconciliation of Joe and Violet occurs after Felice’s emotional confession about Dorcas’ death, encouraging Joe to “stop carrying on [fixating over Dorcas’ death]” (Morrison 207) and activating the process of bonding through music and dancing among the three. Similarly, Violet resolves her own internal dissonance by allowing herself to identify with her frightening alternate ego and realizing that “that Violet is [her]” (Morrison 96) through the revisiting of emotionally-charged memories. Even Dorcas’ death is romantic at the very least with the accompanying jazz music to represent her search for an identity in her fervent desires, despite her ultimate surrendering of control to appeasing others and allowing injustice to be done to her. Towards the end, the narrator is alarmed at being wrong about “the past [being] an abused record with no choice but to repeat itself at the crack…” (Morrison 220). The story the characters compose is no broken record, but something that more greatly resembles a piece of live jazz, inventive and dynamic. The City’s influence over the characters is still valid; the characters have merely become far more conscious and committed in their pursuit of feelings, allowing them to evolve in a way the distanced narrator cannot. Jazz and desire themselves are not dangerous like Alice or the narrator believe. Violet and Joe do not kill each other as a matter of course; like jazz, each piece of sound does not play for the sake of outdoing each other or conforming to a theme, but to daringly express and engage with one another to synthesize music that is truly “original, complicated, [and] changeable” (Morrison 220).

While undeniably associated with the act of submitting oneself to desires at the discretion of external sources such as the City, jazz under Morrison’s pen is indivisible from the emotional urges that form an integral part of one’s identity. By addressing and integrating these emotions as a jazz player nourishes their music, one not only achieves an identity, but develops the power to extend their impact to both affect and harmonize with their surroundings. After all, as Violet says near the end: “What’s the world for if you can’t make it up the way you want it?” (Morrison 208)