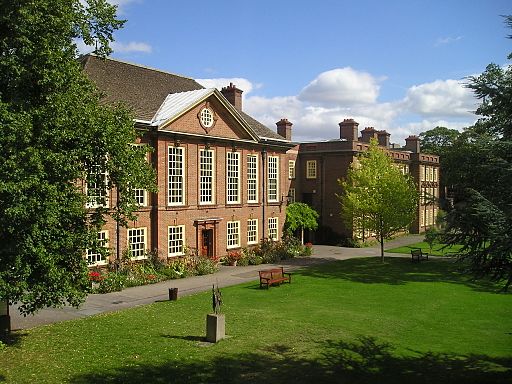 As Harriet Vane returns to Shrewsbury College and the world of academia within Gaudy Night by Dorothy L. Sayers, she becomes entrenched in a war of attrition between the college’s reputation and a figure intent on undermining it with the use of obscene language, lunatic scribbles, and public displays of destruction. When Annie, the true culprit and a scout at Shrewsbury, is revealed to the college dons and Harriet Vane by Lord Peter Wimsey, she accuses the dons of being unable to feel any emotions (Sayers 511-512). And because they cannot understand the motivations that spur on Annie’s misdeeds, the female academics ultimately require the skills of a man to solve the mystery (Sayers 511-512). During the speech in which he reveals the culprit, however, Peter posits that the reason that Harriet was unable to uncover the truth is because she did not approach the situation with an unbiased mindset (Sayers 502). Within the context of Gaudy Night, the academic women’s failure to catch Annie is attributed to their steadfast intellectual stances and their feelings of bias, two seemingly antithetical states of mind; one suggests an absence of emotion for the sake of knowledge and the other suggests the presence of emotion clouding their opinions of the Shrewsbury scouts. However, as Harriet embodies in her acceptance of Peter’s marriage proposal, a balance can be struck between the two for the sake of pursuing knowledge while avoiding unnecessary harm to others. Gaudy Night proposes that in order to be a successful academic, it is necessary to maintain equilibrium between intellectual honor and human compassion within oneself.

Early in the investigation, the majority of the scouts at Shrewsbury College are excluded as suspects based on the reasoning that many of them are faithful workers who have been at the college for numerous years and are therefore trustworthy (Sayers 95). Furthermore, one of the incidents at Shrewsbury involves a Latin quotation pinned to a hanged dummy within the chapel (Sayers 171). Upon discovering the quotation, Harriet concludes that the culprit could not have been any of the scouts, since none of them have the proficiency to write a passage in Latin (Sayers 171). Because of this deduction, Annie escapes suspicion until Peter Wimsey is called to Shrewsbury, where he uncovers the identity of the culprit relatively quickly when compared to the length of Harriet’s investigation. Peter suggests that the reason Harriet could not solve the mystery is because she did not “[approach] the problem…with an unprejudiced mind and undivided attention. Something got between [her] and the facts” (Sayers 502). Harriet allowed her presumption about the capability of the scouts to interfere with her investigation, leading to her failure in catching the culprit. Despite being an academic woman who has been trained in the skill of pursuing knowledge, her bias emerges from a lack of understanding disguised by assumed righteousness. The members of the Senior Common Room and Harriet Vane become examples of the dangers of relying upon presupposed ideas and emotions when conducting an investigation or any similar form of seeking the truth.

Over the course of her stay at Shrewsbury, Harriet deduces that the culprit is most likely a member of the Senior Common Room because of the use of a Latin quotation in one of the displays of vandalism, but this line of detective reasoning serves to obfuscate the motivations of the true culprit (Sayers 171). Due to the dons’ strong dedication to professional merit over personal loyalties, none of them consider it a wrongdoing to expose deception even if it results in the ruination of someone’s career and livelihood (Sayers 394). As such, an incentive arising from a professional action taken as a personal affront was not considered for the culprit, who was thought to be an academic woman herself. Annie, however, is a scout, and the initial motivation for her acts was a desire for revenge against Miss de Vine who had cost her husband his job (Sayers 511). She forcefully tells the college dons that:

[they could not] even find out who was doing it—[that is all their] wonderful brains come to. [There is] nothing in [their] books about life and marriage and children is there? Nothing about desperate people—or love—or hate or anything human (Sayers 512).

Annie’s critique is not necessarily incorrect, as it is true that the intellectual women failed to solve their mystery partly due to a failure to understand the feelings of non-academic people. The women scholars in Gaudy Night are presented as steadfast intellectuals who approach things from perspectives steeped in logic and the regulated proceedings of academia, and they passed over Annie as a possible suspect because of this absence of empathy. Sayers draws a direct link between the academic women’s failure and their emotionlessness, which highlights one of the flaws of academia according to Sayers—a certain egocentrism that disregards the viewpoints of people outside of the business of pursuing higher knowledge. And as the academic women within Gaudy Night serve as a vehicle through which Sayers can display this deficit, she builds upon the points she makes to present a reconcilable compromise in the form of Harriet Vane.

Throughout the course of the novel, Harriet struggles with Peter’s continuous marriage proposals. Although she acknowledges that she does indeed have romantic feelings towards Peter, a worry about how marriage might change her as a woman prevents her from accepting his proposals. This fear of marriage can be seen from the beginning of Gaudy Night, where Harriet expresses disdain and disappointment over her old friend Mary Stokes, who had married instead of pursuing an academic career (Sayers 10). Then Harriet has a conversation with Catherine Bendick, who had married a farmer and gave up intellectualism for hard labour, which Harriet laments as a waste of Catherine’s scholarly training (Sayers 51). A running theme in Gaudy Night is the struggle of balance between being an academic dedicated to knowledge and being a married woman dedicated to tending to her family’s needs. From Mrs. Bendick’s acceptance of her rural farm life to Mrs. Goodwin’s constant departures from work to take care of her son (Sayers 259), the married women surrounding Harriet’s life all make professional and academic sacrifices in order to fulfil their roles as wives and mothers, as figures who are expected to nurture the growth of others and be pillars of emotional support. As such, Harriet closes off her emotions towards Peter for the majority of the novel until she eventually concedes and agrees to marry him at the end of Gaudy Night (Sayers 527). Harriet Vane embodies the character of the academic woman; she is intellectually trained, has a career in writing, and possesses an analytical mind capable of investigation and examination. And despite her initial misgivings about marriage and what it entails, her acceptance of Peter’s proposal is neither a concession of defeat nor evidence of a willingness to relinquish her academic status. Rather, it is a compromise between the emotional aspects of marriage and the intellectuality of academia, represented in Peter’s final marriage proposal. Within Gaudy Night, Latin is established as a language that is widely accessible to only the highly-educated members of academia, shown in the assumption that the lower class scouts of Shrewsbury could not have written the Latin quotation used in one of the disturbances (Sayers 171). When Peter proposes to Harriet using Latin, she accepts in Latin as well, thereby creating a connection between marriage and academia. Peter and Harriet are both intellectuals, and through the use of Latin Peter indicates that he does not expect Harriet to become a subservient wife. Instead, they both maintain their academic backgrounds as they agree to become a married couple and engage in their romantic relationship. Harriet symbolizes the balance between the emotional and the intellectual, serving as the ideal that Sayers presents in the face of the failures of the academics who were either clouded by emotion or bereft of it.

Through her depiction of the various academics in Gaudy Night and Harriet Vane’s character arc, Sayers paints a portrait of an ideal intellectual who crafts a careful balance between obstinate rationality and capability to understand others. Due to the Shrewsbury dons’ blind trust in the scouts and their lack of compassion towards their possible problems, Annie was both spurred on to pursue her quest for revenge and able to terrorize and harass the scholars for an extended period of time without being caught. Sayers crafts Harriet’s character growth as she moves through the imperfect forms of academia into a scholar with a harmonious relationship between her intellect and her emotions. With Harriet being the representation of Sayers’ ideal scholar, she becomes a standard by which one may examine the other characters within Gaudy Night, scholars or otherwise. Additionally, both the central mystery plot and the romantic narrative of Sayers’ novel converge in the final pages in another representation of the marriage between mind and heart. As such, the entirety of Gaudy Night becomes less about a fiction and merely a method of studying the characteristics of the academic world and its various trappings.