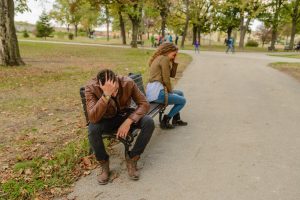 In a society so deeply imbued with patriarchy, women and men struggle to navigate their relationships with love and power, leaving many distraught and hopeless. bell hooks’ all about love: new visions is both a celebration of love and its cathartic abilities, as well as a call to action. She urges her readers to embrace a shared meaningful definition, thus treating the enigmatic concept as a verb rather than a noun. However, the practice of love cannot be isolated from the societal institutions that it exists within; though love has transformative potential, this does not mean it is exempt from the effects of “imperialism, militarism, sexism, racism, [and] homophobia” (73). Sexist philosophies and the omnipresent grip of patriarchal systems resonate within attempts to find love, thwarting its achievement. Throughout the work, she repeatedly criticizes the “sexist thinking” (xx) that entraps so many individuals, leading to failed relationships and trauma. hooks approaches the issue of gender through multiple roles: as a daughter, a partner, a writer and thinker, and a guide. Through each facet of her experience with love and gender, she makes the reciprocal relationship between the two clear: while love cannot truly exist where there is patriarchy, patriarchy can be ultimately overcome by love.

Though the impulse may be to frame discussion about gender and love solely around romantic relationships, hooks is greatly concerned with the impact of childhood experiences and family. In many instances, she identifies herself primarily as a daughter and child, speaking from her perspective in that role. In fact, on the opening page, she credits her “girlhood” (x) as the period in which she—and many others said to be searching for the “love we lost long ago, when we were little” (x)—first became aware of love’s significance. Consequently, teachings about gender and sexism are deeply embedded in these “Childhood Love Lessons” (15). hooks frequently refers to the negative impact of “sexist socialization” (33) on both women and men, the process by which children are informed of social standards and norms; much of this is done within the “patriarchal nuclear family” (131). hooks cites John Bradshaw’s recognition that his “family taught [him] our culture’s rules and beliefs about love” (25). It is implied that, within these teachings, “sexist-defined gender roles” (xxiv) are established; love and gender are irrevocably intertwined in a young mind. It is within the family unit where children first see how society gives “absolute rule to the father, and secondary rule…to the mother.” (130): here, we are introduced to toxic expectations of both masculinity and femininity. Children of all genders feel the effect of patriarchal standards early in their lives. hooks tells of how she and her sisters “were told, especially by [their father]” (59) about how they should act in accordance to femininity. Meanwhile, a boy will be perturbed and angered that their mother, “who controls his life, really has no power within a patriarchy” (36). Any abuse that he receives from her may then manifest into “misogynist” (21) attitudes. His trauma is doubly amplified: firstly, someone who supposedly loves him has inflicted pain, and secondly, his masculinity is compromised by allowing a woman to exert power over him. These unresolved feelings and frustrations toward parental figures survive into adulthood, and distort the mindsets that individuals develop toward gender dynamics.

The lack of fulfilling love in childhood, especially from the parent of the opposite gender, is a root cause of dysfunction in adult romantic relationships. hooks notes that she was her “father’s first daughter” (ix), implying that he is centrally implicated among “Those who…turned away” (ix) due to his “emotionally withholding” (148) nature. Years later, she finds that she has harboured a “desperate longing” (148) for her partners to provide love as both a father figure and a lover, filling the void of her “broken heart” (x). Men, on the other hand, seek “women to care for them in the same way that their moms had” (149). Due to, and despite, the complicated rage they feel toward their mothers’ lack of power within society, they remain “demanding, dependent, [and] childish” (228)—their unsettled relationship with their female parental figure leads to a negative attachment and a failure to feel “genuine love” (228). This yearning for a parental substitute positions each partner as the child, leading to internalized self-deprecation; this is especially the case in a society where “children are denied full civil rights” (26). The combination of self-victimization and the attempt to maintain domination within a relationship manifest in “private gender war[s]” (149), reiterations of family conflicts experienced in childhood. Hurt by early trauma and the impacts of sexist teachings, individuals crave the affection and care that their partner may give them, perpetuating loveless relationships in which each party attempts to fulfill their selfish needs.

Though patriarchy is fundamentally a system of “male domination of women and children” (xxiv), hooks points out that systems of gendered power do not act exclusively in a top-down fashion. As seen with the impact that gender socialization has on all children, “sexist thinking” (155) promotes conflicts which “diminishes females and males” (155). Thus, patriarchal attitudes create negative resonances in multiple directions—including those which are self-directed. This all-encompassing influence of power then reinforces itself and perpetuates the dominant system of thought. To deconstruct the influence of patriarchy, hooks focuses primarily on her experiences and theories regarding heterosexual romantic relationships, especially the “manipulation” (154) and “coercion” (154) that is normalized in our society. In some situations, women themselves are responsible for creating concepts which reinforce patriarchal relationships. With their romantic partners, women are able to adopt “the role of leader” (171), as society declares them to be more emotionally sensitive. hooks claims that it was someone acting in this female role “who conjured up the notion that we ‘fall in love’” (171), reducing the agency of all genders but especially allowing men to avoid responsibility for their actions. As well, women are just as guilty as men for seeking “the privilege of power” (152) that is revered by a patriarchal society. They take advantage of whatever abilities they have been afforded in their marginalized position, including their “feminine wiles” (154) and predisposition for “nurturance” (155). To reap the societal rewards for being powerful, they must embrace and play into the stereotypes of femininity, even though this only perpetuates a damaging cycle. While men tell lies to retain their control over each situation, the opposite gender employs dishonesty to “pretend powerlessness” (37): women who “give seemingly selfless adoration and care to the men in their lives appear to be obsessed with ‘love,’ but in actuality their actions are often a covert way to hold power” (152). The love that men receive, even a false love that has ulterior motives, is able to fulfill their “emotional needs” (161), leaving them more psychologically well-off—an advantage that patriarchal systems of thought use as justification for male domination. While men are taught that they must “do whatever it takes to maintain their controlling position” (40), women may suffer from “internalized self-hatred” (60) which enables patriarchal control. For example, hooks suggests that women are partly responsible for allowing male voices to saturate the popular dialogue about love: “Female sexist thinking” (xxiii) causes them to dismiss what other women can bring to the conversation. Consequently, sexism is normalized in popular literature about love. Each time an individual, male or female, adheres to the prevailing attitudes about gender, they are reinforcing and amplifying patriarchy.

bell hooks’ writing is evidently informed by her feminism and her intersectionality, so much that the book is placed in the category of “feminist ethics”. Despite this categorization, not every chapter explicitly deals with issues of gender inequality, but its theme resonates throughout the work. In the introduction, she details her concern with whom is given the authority to speak on love, and why “Male fantasy is seen as something that can create reality, whereas female fantasy is regarded as pure escape” (xxiii). The answer, unsurprisingly, is rooted in sexist thinking that dictates that works written by men are more likely to be taken seriously, and even celebrated. She notes that men are praised for “appropriat[ing] the romance genre” (xxiii), a domain that has been the one place where women are able to write and share their thoughts on love publicly. However, hooks attempts to help other women “come to voice” (185) in the mainstream narrative. While she refers to men as “poets” (xxi) and “philosopher[s]” (xxi), the two women whom she cites as centrally involved in publicly talking about love are declared to be a “high priestess” (xxi) and a “love goddess” (xxi). Though these titles seem romantic and whimsical, they reflect at hooks’ commitment to spiritual growth; these labels imply profound wisdom and the ability to guide. Therefore, as a woman writing about love, hooks identifies herself as an associate of Elizabeth Barrett Browning and Sappho, part of a cohort that is able to “contemplate [love] with greater intensity and vigor than anybody else on the planet” (xx). Her commitment to writing on the topic of love is a defiant act in the face of those who attempt to ignore her in favour of male theorists, sharing her knowledge in an attempt to incite genuine social change. Thus, she adopts a role that informs the rest of the work: that of the guide, urging her readers—and society as a whole—to change the way we think about love and to embrace its revolutionary potential.

In the introduction, hooks makes it clear she is in pursuit of “ending racism and sexism” (xviii) and is dedicated to the importance “of love in any movement of social justice” (xviii-xix). all about love is partially a work dedicated to this vision: she attempts to guide her readers on a journey to embrace the “transformative power of love” (220) that acts as a foundation for “cultural revolution” (176). While hooks emphasizes that each individual must be responsible for the actions they take—and she is not forgiving in her accusations of “psychological terrorism” (41), coercion, and subordination—she also recognizes that our “culture of domination” (214) is overwhelmingly powerful. Despite singular male writers with privileged social standing and regard, such as Bradshaw, “valiantly” (xxiv) attempting to draw attention to the debilitating effects of patriarchy, their work does not receive the same acclaim as that which simply reaffirms the established gender norms. Society turns its back on those who attempt to be “disloyal to patriarchy” (151) and other institutions of power. Individuals are thus entrapped in “sexist thinking” (xxiii), leading to actions which doom them to the same conflicts for control and authority over others; the system reinforces and perpetuates itself. Because love and systems of domination mutually inform each other, social constructs of gender impede men and woman from loving each other truly and fully. Thus, by completely reconstructing the definition of love—what she says should be “a combination of trust, commitment, care, respect, knowledge, and responsibility” (54)—hooks also attempts to reconstruct the systems of power entirely. Her advice, guidance, and encouragement attempt to incite revolution on both a personal and a societal level.

In all about love, bell hooks explores love in all its dimensions, in the process creating a definition that is not limited to romance or affection. As a feminist thinker, she is dedicated to uncovering the influence that patriarchy has on love: how sexist ways of thinking stem from the family, the “original school” (17) of love; the multidimensional power dynamics within personal relationships; and the collective ignorance of female insight when thinking about love. While sexism’s negative hold on society has deep roots, hooks remains optimistic that it can be eradicated, taking on the role of a mentor and teacher to reveal love’s transformative ability.