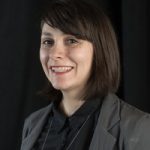 I did Arts One in 2006-2007 – it’s hard to believe it’s been over a decade! I am now an academic in film studies, and my current work opens new connections between philosophy and film, an interdisciplinary approach very much influenced by the time I spent in Arts One.

I loved Arts One, and I mean that sincerely: over the course of the year, I completely fell in love with the process – and struggle – of learning new ideas. Arts One invests a lot of trust in its students as learners and is founded on the idea that, with only a little bit of context and encouragement, students are capable of excavating profound truths from the diverse tradition and history of human thought. Arts One exposed us to a wide range of texts, both classic and contemporary and from all over the world, and I loved them all.

The works that I remember best, however, are the ones I understood the least. I remember being assigned Plato’s Republic – not an excerpt, as one would expect in a lower-year class, but the entire intimidating volume – and being generously granted a two-week period in which to read it because of its relative difficulty. When I started to read, I panicked: how was I meant to understand Plato in two weeks when philosophers had been squabbling over his meaning for thousands of years? The point, of course, is that I wasn’t: a major goal of Arts One is to make students comfortable with not knowing, since that is the starting point of learning. During each seminar, I would bring my notes – filled with questions, frustrations, and occasional glimmers of understanding – and our small group would compare and discuss until we achieved conclusions far more sophisticated than the sum of their parts. This process was hard work. Sometimes we made significant headway in a text, and felt by the end of our discussions and assignments that we understood it pretty well. Sometimes – Bruno Latour’s We Have Never Been Modern being the most notorious example – we talked for hours and felt more confused than at the start. But any insights achieved were our own, and the things I learned in Arts One have stuck with me longer than anything else I have learned in my academic career.

I now teach undergraduate students, and I find the thing that is hardest to foster but most precious to maintain in the classroom is a sense of intellectual curiosity. Students often want to be told the right answer, and to be assured of its certainty by my authority; but teaching well is a process of discovery, not instruction. It means giving students space to confront and push beyond the limits of their understanding. This is the real value of critical thinking and, at the risk of over-generalizing, it is applicable not only to higher education but to life as a whole. Real work gets done in the world – in our relationships, workplaces, and politics – when we are willing to stick with the difficult process of problem solving rather than reaching for easy or ready-made solutions. By believing in first-year students, Arts One equips them with these skills early on in their education, and dares them to see their own ideas as valuable, useful, and continually adaptable.