Home / 2019 / August / 02 / Enlightenment for Dummies: The Simple Guide to ‘Finding Yourself’ by Friedrich Nietzsche

Enlightenment for Dummies: The Simple Guide to ‘Finding Yourself’ by Friedrich Nietzsche 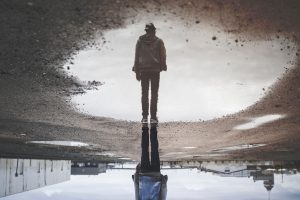 Photo by Randy Jacob on Unsplash

“We are unknown to ourselves, we knowers: and for a good reason. We have never sought ourselves– how then should it happen that we find ourselves one day?” (GM, Preface, p.1)

This is the very first idea presented by Friedrich Nietzsche in his collection of essays, On the Genealogy of Morality. Although at first glance it may seem far removed from the content that it precedes (as Nietzsche never provides a cut-and-dry answer for the question itself and seems to forget about it entirely as the texts goes on), this opening actually presents the true inquiry that is explored in detail throughout the text. According to Nietzsche, the reason for our own lack of self-awareness can be derived from the sum of our understanding of good and evil, our notion of guilt and conscience, and our blind commitment to truth, specifically as they are filtered through the lens of Christian morals. In other words, Nietzsche is saying that our ignorance comes from both our Judeo-Christian values as well as our own lack of awareness on their origin. I believe that On the Genealogy of Morality was written to tell us that, should we become aware of the flaws in the values on which he writes and alter our opinions accordingly, we just might happen to ‘find ourselves one day’ (GM, Preface, p.1). My aim with this essay is to support this interpretation as well as to explain why I, for lack of a more suitable expression, do not buy into it at all.

According to Nietzsche, we fail to be “known to ourselves” because we hold a fundamental misunderstanding of what we value and why we value it, as well as the ways through which we came to value it. He addresses the latter issue during the first treatise, “Good and Evil.” The most evident means through which he attempts to alter our perspective on our ingrained morality is to make us profoundly, subconsciously uncomfortable with it: he succeeds in doing this primarily through his combative use of language as well as his strategically chosen wording. He refers to our current structure of morals as ‘slave morality,’ which in itself creates an automatic instinct to self-separate. Slave morality values things such as justice, equality, kindness, and self-sacrifice. In the Genealogy, it is referred to in extended metaphor as a lamb. This ‘slave morality’ is in contrast to ‘master morality,’ which in itself creates an automatic instinct to self-associate. Master morality is personified by characters such as Odysseus in Homer’s The Odyssey as well as mirrored in Machiavelli’s The Prince. In the Genealogy, it is referred to in extended metaphor as a bird of prey.  We do not wish to be equated with slaves, so why would we follow a set of morals that does just that? Surely, the morals of a master would be much better. This is the conclusion that I believe Nietzsche desires his reader to reach. He also asks the reader questions about our morals: “what value do they themselves have? Have they inhibited human flourishing up until now? Are they a sign of distress, of impoverishment, of the degeneration of life?” (GM, Preface, pp. 2–3). These inquiries are leading questions that are designed to persuade the reader into reaching a certain conclusion: to include negative terms that we then subconsciously associate with our morals themselves is a strategic and manipulative tactic to change, or at the very least, call into question, the opinions of his readers. His reversion to cheap, manipulative strategies is indicative of a weak argument. Truth whispers, but falsehoods scream.

So, how then should it happen that we find ourselves one day? What does it mean to ‘find ourselves’ in this context? Unsurprisingly, Friedrich Nietzsche does not provide an obvious answer for this question. It is up to readers to infer for ourselves what will happen once we shed our current set of faulty ‘slave morals’ and replace them with a shiny new set of ‘master morals.’ I believe that Nietzsche skirts around the answer to this question not only due to the nature and style of his writing but also due to the simple fact that he himself does not know. Short of firsthand experience, there is no method beyond speculation through which he could garner an understanding of what comes next for an individual who adopts a new moral code. This is why I believe Nietzsche’s use of terms such as ‘seeking oneself’ and ‘finding oneself’ are simply figurative carrots dangled in front of our twitching rabbit noses. Much like he accomplishes with the manipulative labelling of ‘master’ and ‘slave’ morality, Nietzsche uses appealing terminology to pique the reader’s desire to listen. He plays on our eagerness to achieve ‘enlightenment,’ a state of total self-actualization and awareness. However, his promises are nothing but a facade: changing our morals is not the way to seek or find ourselves.

Against all of Friedrich Nietzsche’s efforts, I remain unconvinced of the inferiority of my morals. Although neither of the options presented are perfect, I believe that ‘slave morality’ is a system of morals that is tailored to long-term success, whereas ‘master morality’ lends itself to the short-term, especially how it pertains to our society today. We find success by making connections with other human beings, and to do so we must see them as equals. A master sees no being as equal. Throughout his justification of master morality, it seems to me that Nietzsche fails to realize that there is a middle point to be had between any two extremes. These gaps in his logic are particularly evident in the way he views strength: “to demand of strength that it not express itself as strength, that it not be a desire to overwhelm, a desire to cast down, a desire to become lord, a thirst for enemies and resistances and triumphs, is just as nonsensical as to demand of weakness that it express itself as a strength’’ (GM, “Good and Evil,” p. 25). There are many ways to express strength that are not brutish, violent, or ‘overwhelming.’ Even a bird of prey is no match for an elephant, who keeps to himself and is still a symbol of immense power. Neither the elephant nor the bird of prey are a match for the intelligent human, who is clever enough to think their way through things rather than fighting tooth and nail. There is a reason that we hold the pen over the sword and brains over brawn: the superiority of intelligence over brute force is a reality that is not even touched on in Genealogy. Nietzsche’s interpretation of power in this way was the metaphorical nail in the coffin of my belief in the validity of his theories.

In conclusion, I believe that the purpose of On the Genealogy of Morality was to convince the reader that understanding the cause for, and subsequently changing, our moral values is the way through which we will eventually ‘find ourselves’ (GM, Preface, p.1). I do not believe that Friedrich Nietzsche was successful in this goal, and despite his failure, the fault may not truly lie with him after all. His theory simply had no legs to stand on, especially as it is read within our modern-day society. We function and thrive by being considerate to the needs of our neighbors. It is hard to see past the good feelings we get from helping others and being helped ourselves. There is an empathy that has evolved in mankind that is present from the time we are born to the time that we exit our lives, and no amount of carefully-chosen words will be successful in convincing us to shed that empathy. If personal growth is defined by violently-coded power, then personal growth is something that I reject entirely. Sometimes, it just feels good to be nice.