The Bear, the Bird, and the Irishman: An Examination of the Loss of Innocence in “The Sound of Singing” 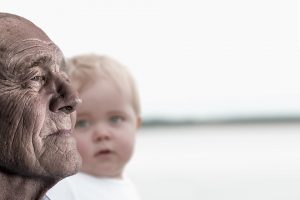 Photo by geralt on Pixabay

More than anything else, A Bird in the House is a story of entropy and change. Whether the theme of entropy is visible in Vanessa’s interactions with her elderly family members or in the entry and exiting of characters, it is most constant in Vanessa’s loss of innocence. Over the course of the stories, Vanessa is consistently alone in her naivety and innocence, surrounded by an adult world which confounds her, even as her childhood steadily ebbs away. Nowhere is this better represented than in the first short story, “The Sound of Singing.”  As the first of the short stories, it sets up the loss of innocence, and the events which unfold in the text symbolically parallel the theme as it evolves throughout the collection of short stories. In the text, Vanessa and her family are pulled between her “downright” (yet kind) great uncle and her “upright” (yet hard) grandfather. It is a confrontation that embodies Vanessa’s own conflict. “The Sound of Singing” mirrors Vanessa’s internal conflict over her loss of innocence, which is the defining theme of A Bird in the House.

In “The Sound of Singing,” Vanessa’s narration paints Timothy Connor as symbolic of adulthood. Both his appearance and mannerisms exude the sort of stoic boringness a child might associate with maturity. In addition to being boring, Vanessa finds her grandfather intimidating. He is described as lumbering through the house “like some great wakeful bear” (Laurence 6), and Vanessa feels relieved once he is gone (7). He is described as having no interest in dancing or singing, and as someone with an unshakeable work ethic, such that not working during the Sabbath agitated him (6). Mr. Connor is an upright, dutiful, hardened man, the embodiment of maturity and a no-nonsense attitude. In other words, he is everything an adult should be. Furthermore, he is completely lacking the innocence of youth. Vanessa’s grandfather “never had [her] advantages,” since he “had to leave school when he was just a child” (10). He traveled west on foot with little to his name, working along the way just to get by. After working hard he “finally had saved enough money to set himself up in a hardware store” (7). Whatever innocence Mr. Connor may have possessed is long gone by the time of Vanessa’s narration, and just like adulthood, Vanessa finds him foreign and difficult to grasp. She asks many questions about her grandfather over the course of the story, despite having known him her entire life. She doesn’t understand the sacrifices he has made (10), nor his devotion to work (6), nor the nuances of his behaviour (25). He exists so far outside Vanessa’s sphere of understanding—a sphere composed of innocence and fairytales—that in many ways he is incomprehensible to her. The relationship between Vanessa and her grandfather is that of a child trying to understand adulthood. Grandfather Connor symbolizes the adulthood which Vanessa fears, but aspires to.

Uncle Dan, on the other hand, is completely the opposite. Childlike in almost every way, Dan symbolizes the innocence of youth which Vanessa simultaneously possesses, is drawn to, and is embarrassed by. Dan raises and sells horses, but prefers trading horses. He would rather turn his work into a trading game than actually sell his horses to make a profit (22). Dan “had never married” (22), likely because of his immaturity making him uninterested in the such responsibilities and undesirable to potential spouses. Like a child, he “carried brown hot-tasting humbugs,” a candy, “and sang Irish songs” (22). Despite Dan’s advanced age, he carries pocket-fulls of candy, sings at inappropriate times, and turns his work into a game not unlike trading cards on the school playground. Most tellingly, “Uncle Dan’s eyes hardly ever stopped laughing” (23). He was unkempt, goofy, and friendly. Dan, unlike his brother, Timothy Connor, possesses childlike innocence. This is the quality which draws and repels Vanessa, as she too possesses childlike innocence and enjoys childlike things, but wishes to grow up and discard them, while not fully understanding what that entails. The relationship between Vanessa and Dan is that of a child seeing childlike attributes in another, and becoming conscious of those attributes in herself.

In “The Sound of Singing,” Timothy and Dan Connor are juxtaposed, the two men representing adulthood and childhood, respectively. In all his interactions, Mr. Connor is an authority figure, while Dan is consistently a jester—he is a whimsical sprite juxtaposed against a stern king, like something out of Vanessa’s stories. In the last sentences of the story, Vanessa “ran towards the sound of the singing. But [Dan] seemed a long way off now, and [she] wondered if [she] would ever catch up to him” (34). She isn’t simply chasing after Dan. Vanessa is racing to recapture her innocence, something she never could regain. By the end of “The Sound of Singing,” it is too late for Vanessa to maintain her childhood, and the process of Vanessa losing her innocence has begun. If the two men are taken as a metaphor for Vanessa’s innocence, childliness is something she wants, but knows she must let go. Though Vanessa gravitates towards Dan in private settings, she is publicly repulsed by him in much the same way as she is by other downright men (22). Dan, however innocent he may be, is associated with bad behaviour. He drinks and gambles, he lacks social grace, his clothes are filthy. In essence, he behaves as one might expect a child to act, if given the freedoms and allowances of adulthood. This aspect of Dan embarrasses Vanessa, because she “was ten that spring and needed [her] dignity” (2); Vanessa is losing her childlike innocence. As the exact opposite of Dan, Timothy Connor is intimidating and confusing to Vanessa, but she knows that he is everything an adult should be. He is associated with Vanessa’s family life as a sort of immovable icon, which is a role he fills well. According to his daughters, Mr. Connor often remarked that “blood is thicker than water,” something he had said “a million times” (Laurence 21). When he voices his complaints about financial stress, he rhetorically asks: “Who’s to look after things, if I don’t?” (29). He is a provider, a caretaker, and is “widely acknowledged as an upright man” (6), someone Vanessa can be proud of. Mr. Connor symbolizes the loss of innocence that is necessary to become an adult, something which Vanessa is reluctant to accept during the story.

A Bird in the House is a story about loss, and coping with those losses. As “The Sound of Singing” shows through juxtaposing Mr. Connor, symbolic of adulthood, and Dan, symbolic of childhood, Vanessa is in the process of losing her childlike innocence. Her growing embarrassment regarding Dan, in conjunction with a developing understanding of her grandfather, lays the foundations for her loss of innocence, the strongest theme throughout the book as a whole.  In the last images of the text, Dan has left the house, and with him innocence has left as well. Vanessa races to catch up to the fading sound of his singing, but doubts she’ll ever reach it. This, more than anything else, embodies the loss of innocence which defines A Bird in the House.