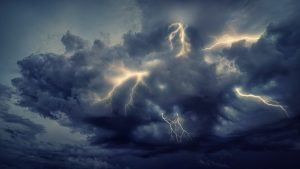 When sisters Lana and Lilly Wachowski wrote and directed the 1999 film, The Matrix, it was highly improbable they had Jane Austen’s novel Emma in mind. The Matrix takes place in a dystopian future where sentient machines have taken over all facets of society. To sustain their new civilization, these machines utilize the comatose humans as power sources, farming them from birth to death, while placing their subconscious in a programmed, controlled simulation called the Matrix. Throughout the movie, the protagonist Neo struggles to accept the grim reality of his world and embrace his role among the rebels as human civilization’s savior, named the One. On the other hand, Emma is set in England in the early nineteenth century, following the lives of those searching for the perfect spouse in lower to upper-middle-class society in Highbury. In the novel, Emma must face the truth that her many arrogant assumptions and righteous behaviour have hurt others along the way. Despite these differences, the Wachowskis and Austen express Neo and Emma’s two epiphanies in a similar fashion: both use pleasant or unpleasant weather, light or lack of light, air or lack of air, open or cramped space, and peaceful quiet or intense sounds, among other factors, to construct the atmosphere, or mood, of each scene. Emma’s moments of self-realization parallel those of Neo through the symbolic use of these atmospheric techniques, which serves to emphasize first the reluctance and doubt, then later the freeing acceptance of truth for both characters.

There are many moments at the beginning of The Matrix where the Wachowskis place Neo in dark, claustrophobic spaces, such as in his room (00:07:17-00:09:02) and in his office cubicle at work (00:12:57-00:14:37), to represent his impaired understanding about his world’s reality. Therefore, on the way to enlightenment, the Wachowskis utilize tumultuous weather and tight spaces to show the intensity of Neo’s initial epiphany alongside his muddled understanding. Until the epiphany, Neo believes that the Matrix is his world and his reality, although he has his suspicions (00:27:00-00:28:10). Trusting his instincts, Neo thus meets with his new acquaintance, Morpheus, who promises to lead him closer to the “truth” that Neo seeks (00:25:51-00:28:45). In between their lines of dialogue and actions, the Wachowskis underscore a consistent drumming of rain from outside the dark window and effect sudden claps of thunder (00:25:16-00:32:20). Meanwhile, the darker, marshy tint and low-key lighting of the scene emphasize the shadows of the room, altogether creating a muddy, heavy atmosphere. This makes the room eerie and claustrophobic, a tone the Wachowskis use to reflect the all-consuming, disquieting storms of fear and doubt inside Neo. Moreover, the Wachowskis apply this stormy atmosphere to Neo’s jarring awakening in the real world (00:32:42-00:33:50). During this epiphany, when he realizes that he and other humans have been sleeping in fluid-filled pods, thunderous sounds escalate alongside crackles of electricity. The thunder is louder now and less muffled compared to the sound in the Matrix, supported by a low hum and contorted by highpitched choral sounds in an unsettling minor key (00:33:14-00:34:02). This sudden intensification of atmosphere represents Neo’s heightened panic and confusion when confronted by the total reality of his environment. A self-realization such as this should have sparked clarity. However, because, as symbolized by the suffocating and terrifying nature that the Wachowskis created, Neo is too overwhelmed and shocked to think clearly. He is still closed-minded, with previous beliefs about the real world and panic preventing him from fully grasping the truth. Neo’s limited, clouded understanding is summarized by his being encased in a bubble of fluid, in which he chokes on the thick liquid and pipes, and a claustrophobic pod with barely any room to move or breathe (00:32:47-00:33:18). The Wachowskis combine these sounds and sensations to create an atmosphere that personifies the fearful, suppressed state of Neo’s mind. Therefore, until his next epiphany, Neo is symbolically still caged in his old understanding of the world and emotions, prolonging his discovery of his full capabilities.

In the same way, Austen exhibits Emma’s insufficient epiphany through a dark, suffocating atmosphere and a cramped carriage ride. After Emma helps pair her former Governess Miss Taylor (now Mrs. Weston) with the respectable and kind Mr. Weston, Emma believes that she has an infallible knack for matchmaking (Austen 11). Thus, Emma dismisses her new friend Harriet’s infatuation with the farmer Mr. Martin and, instead, believes that a vicar named Mr. Elton is “an excellent match” for Harriet due to his higher social status and his interest in her (28). Although Emma is warned that Mr. Elton is, conversely, enamoured with her and not Harriet, she haughtily brushes off the statement (89). Emma attends a Christmas banquet at Mr. and Mrs. Weston’s estate carrying this condescending mindset, accompanied by Mr. Elton while Harriet is ill. During the banquet, however, one of the guests predicts an upcoming snowstorm that would make the road “impassible” and potentially cause their carriages to be blown over on the road (100). The attendants leave early in fear of being “blocked up” and are alarmed at the “discovery of a much darker night than . . . prepared for” (102). Just as the Wachowskis employ a rainstorm with thunder and lightning to enhance the overwhelming sensation of a physical and mental cage, Austen uses snow and darkness to set up a quiet, but anxious scene. Snow traps people where they are in stillness and silence, causing a sense of claustrophobia and inward panic, while darkness hinders the ability of sight, creating a sense of helplessness and disorientation. Thus, this dark, snowy atmosphere symbolizes Emma’s state of mind during her epiphany, when, in their carriage, Mr. Elton confesses his love for Emma and his indifference towards Harriet. Austen describes Emma to feel “unpleasant sensations” at war with each other and “completely overpowered to be immediately able to reply” (104). After Emma denies him fervently, the two experience “mutually deep mortification” (105). Similar to Neo’s flurry of conflicting emotions during his first epiphany in The Matrix, Emma is overwhelmed with increasing confusion and fear, questioning her once unfailing wit and afraid to disappoint Harriet. Emma has no choice but to remain “confined” in these emotions as they are in the carriage until they reach their destinations (105). Additionally, like Neo, Emma does not fully comprehend the entire truth that she is overly self-important and that her assumptions are errors which cause more harm than good. Instead of taking full responsibility for these mistakes and acknowledge her consistent ignorance and arrogance, she continues to make haughty assumptions. Austen uses the cramped carriage ride as a claustrophobic metaphor for Emma’s narrow understanding. She and Neo are exposed to the truth early in their respective stories but are too short-sighted to embrace the whole reality because of the environments they hail from—Neo’s realistic simulation has convinced him to believe a fantasy, and Emma’s status and home life have made her accustomed to praise and authority, being the righteous “mistress” of the house from an early age (68). Thus, they are both trapped in their old mindsets and tortured by their conflicting emotions until time and acceptance free them.

Although many characters around Neo suggest that he is the One, Neo continues to doubt his powerful abilities until his second epiphany, where the Wachowskis contrast a claustrophobic atmosphere with a freeing one to represent Neo’s change. After Agent Smith, a program designed to kill rebels of the Matrix, shoots Neo multiple times, Neo dies in a dreary, narrow hallway in the simulation (The Matrix 02:02:54-02:03:55). The scene is presented with a dim, stale green tint, creating an airless and melancholy atmosphere. However, there is light pouring in from the windows instead of the deep darkness and pouring rain during the first epiphany. This signifies the difference between the two scenes, as, now, Neo is closer to enlightenment than he was before. Back in the real world, the rebels’ ship, the Nebuchadnezzar, is under attack by sentinels, with lasers cutting into the ship at all corners, electric sparks surrounding the rebels, and an orchestra launching into a chaotic crescendo (02:02:23-02:03:54). The Wachowskis use these effects and sounds to create a tense and paralyzing atmosphere, symbolizing Neo’s physical death. It is during this moment that Trinity, one of the rebels, realizes that she is “not afraid anymore” and declares that her love for Neo means that he is the One (02:03:54-02:04:43). Trinity’s epiphany allows her to break out of the atmosphere of fear and confusion, as portrayed through the sudden quiet that occurs while she speaks. Her acceptance of the truth sparks Neo’s understanding of the truth, reviving him (02:04:43-02:04:57). While a resurrected Neo stands up in the Matrix, the Wachowskis underscore bright, floating choral tones, shifting the atmosphere from heavy to light. As well, Neo freezes the bullets shooting in his direction, takes one from the air, and releases it from its forced path, causing the other bullets to be released too (02:05:00- 02:05:34). These freed bullets are symbols for Neo and his fellow rebels, as they all have the epiphany that he is the One and are then released from their tight paths of fear and doubt. The music, now in a triumphant major key, swells as Neo sees the Matrix in its true form—as code— creating an open atmosphere of true freedom (02:05:34-02:05:41). Further, in an allusion to Neo’s claustrophobic pod and mindset from his first epiphany, Neo smoothly joins Agent Smith’s body and explodes within it, figuratively and literally breaking free from his suffocating cage in golden light (02:06:13-02:06:53). Lastly, Neo stretches and flexes to bend the narrow walls around him, then takes a deep breath in and out (02:06:53-02:07:00). Neo is finally able to move and breathe freely and peacefully, representing his liberated state of mind in the wake of his epiphany. This new change is most reflected by the final scene of the film, when Neo embraces his newfound abilities, and thereby also his role as the One, and blasts off into the open, bright, and no longer stormy sky (02:09:14-02:09:28). Although he is still in the Matrix, Neo can bend his situation to his will and escape the claustrophobic control of the simulation towards freedom. This allows him to fight the program and lead humanity out of the machines’ chains. Evidently, the Wachowskis successfully utilize a range of atmospheres to reflect Neo’s understanding of his role and reality.