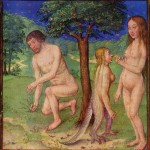 Are there questions that we should not ask? Is there knowledge that we should not pursue? From secrets of state to the secrets of nature, from the mystery of the other to the mysteries of the self, we ceaselessly confront and probe the limits of our knowledge, ever aware that our attempts to extend its grasp can empower us or possibly even destroy us. The dangers—and the allure—of our inquiry into the hidden and the forbidden remain an enduring theme in drama and in novels, in philosophy and in science, in religious thought and in poetry, in music and in film. The concern that there should be limits to knowledge and to the power it brings us has been a shadow haunting our aspiration to know and to control all, an anxiety often explored through the figure of the seeker of knowledge–whether Eve or Oedipus, Faustus or Frankenstein, the philosopher who questions our conventions and our convictions, or the detective who uncovers too much. Through both story and sustained argument, and from the Bible to The Road, we will examine how the moral, social and psychological costs of our pursuit of knowledge are weighed, assessed and engaged, and just how boldly we might dare to know.