From Bodies Politic to the Body Politic 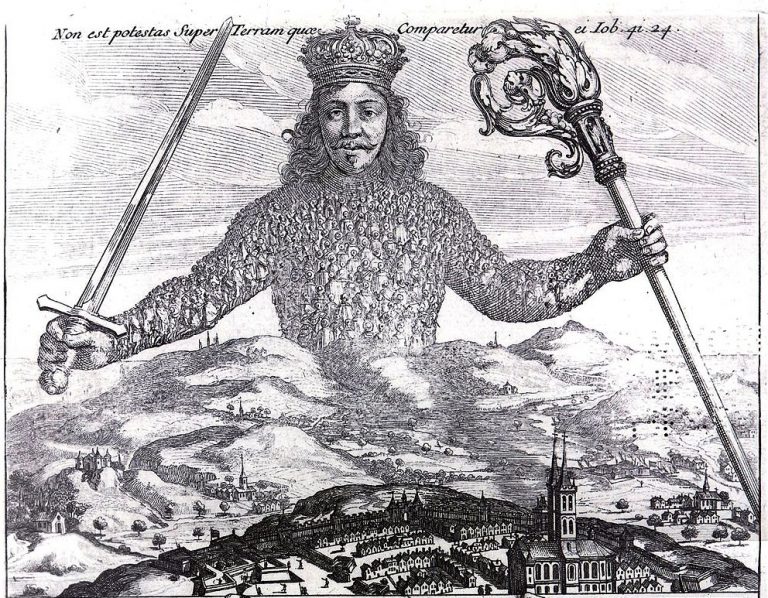 From Bodies Politic to the Body Politic: A Modus Operandi for a Modus Vivendi

For Hobbes, there is only an instrumental difference between nature and art: whereas nature is reality, art is merely a reordered version of that reality. While art may be taken prima facie to mean a mere simulation of nature, this definition is inconsistent with Hobbes’ usage since he defines nature in his introduction as an art unto itself—“the art whereby God hath made and governs the world” (Thomas Hobbes, Leviathan, 3.1). Since nature itself is an art, Hobbes must not conceive of art as a simulation of nature but as a system of order whose principles manifest in nature. Under this new understanding of art as a system of order, Hobbes’ task to create an “artificial man” from the state of nature becomes no less natural than God’s creation of Adam from dust (Leviathan, 3.1). Because Hobbes regards art as order, this “artificial man” is simply a product of the organization of persons into society, akin to the pronouncements “by God in the Creation” where God’s “art”, nature, organized phenomena into the bearings of the world (Leviathan, 4.1). For the mechanistic Hobbes, to whom “life is but a motion of limbs”, the natural and artificial are only nominally distinct—if anything, the artificial is “of greater stature and strength than the natural” because of its ability to optimize itself through order (Leviathan, 3.1).

By uniting nature and art through order, Hobbes portrays art as both natural and divine, allowing human nature tamed by art to still be considered human nature since the product—the Commonwealth, “which is but an artificial man”—is not constituently different from the state of nature, only compositionally (Leviathan, 3.1). In other words, the “ill condition” that is the state of nature is not the fault of the individuals within it—who, being “that most rational and excellent work of Nature”, already bear the trademark of their “Artificer”, God—but of their arrangement, which has yet to be ordered through art to yield the Commonwealth (Leviathan, 78.13; 3.1). As such, the sovereign’s body on Leviathan’s frontispiece is the mass of his citizens, who would otherwise be in the state of nature but, because of their specific arrangement, are able to become as one to form an “artificial man” (Leviathan, 3.1).

While Hobbes suggests that human passions are the cause of the state of nature, these passions, when combined with reason, also form the backbone of the laws of nature. These laws promise order, presenting the “possibility to come out of” the state of nature, and though “found out by reason”, they reckon with the “passions that incline men to peace”: “fear of death”, and desire for the means and ends to survival (Leviathan, 78.13; 79.3; 78.14). Against his portrait of the passions as inciting the state of nature, Hobbes shows here how the passions may be arranged for peace, provided that the art of reason is used to tame them. Because the same interests of self-preservation that encourage peace also drive the human conflicts which are to blame for the state of nature, this provision of reason does not change the passions of human nature, only rearrange them such that they conduce to peace rather than war.

Peace, then, relies upon not only the passions of human nature, but the human art of reason as well. But while reason can suggest “convenient articles of peace upon which men may be drawn to agreement”, it is not until right reason—a settled, universal approach to ratiocination—is established by covenant that reason can begin to bring people to consensus (Leviathan, 78.14). Until then, the “notable multiplying glasses” of which people “are by nature provided” cause them to “see their own wit at hand” and regard their own reason as right reason (Leviathan, 118.20; 75.2). It is not that Hobbes believes people are so disagreeable or ignorant that they take to fighting over trifles, but that right reason is sufficiently ambiguous, and human perspective sufficiently limited, that nobody has the capacity to distrust their own judgements. While all individuals have ultimate trust in themselves, they cannot manage the same trust for anyone else, partly due to the solitary nature of mind and partly due to natural diffidence. Accounting for these limitations, Hobbes’ subjectivist perspective upholds that humanity’s egocentric approach to reasoning is not the fault of its reasoners, but is merely the natural state of thought, which God has taken such efforts as to make orderly within each individual but which remains disorderly between individuals. The solution Hobbes sees, then, is to extrapolate the God-given orderliness of the individual to all individuals in society by establishing a common standard of right reason. Because right reason is not natural and must be established, Hobbes sees it too as an art, for “by art is created” not only “that great Leviathan called a Commonwealth”, but the agreed-upon instruments of reason necessary for the establishment and maintenance thereof (Leviathan, 3.1).

For “want of a right reason constituted by Nature”, Hobbes sees no objective way to ratify reason, and instead seeks to establish a right reason constituted by art (Leviathan, 23.3). If right reason were merely natural, then it would be apparent to all and there would be no need to artificially encode it into law, but “no one [person’s] reason […] makes the certainty”, and absent this certainty, each seeks that “things should be determined by no [other] reason but their own” (Leviathan, 23.3). While each person’s reliance on their own subjectivity is a result of human nature, Hobbes recognizes that this reliance only poses a problem in the state of nature, where the divine order of individual reason is challenged not by the human nature from which it arises, but by the human natures with which it conflicts. Hobbes’ goal is to remove the possibility of such conflicts from human interaction, which requires reestablishing the certainty of individual reason among all members of a social collective such that their multifarious human natures consolidate into a single model of human nature. Constituting an “artificial man”, this model of human nature requires the equally artificial foundations of right reason, and just as disagreeing individuals make peace by setting up “for right reason the reason of some arbitrator”, Hobbes advocates for a single arbitrator—the sovereign—to act as right reason on behalf of all people (Leviathan, 3.1; 23.3). As the sovereign’s reason is imposed onto all people, the God-given orderliness of individual reason, borne from human nature, extends across society until this orderliness exists artificially between all individuals. To impose the sovereign’s reason in this way is not to indoctrinate the citizens or deny them freedom of thought, but rather to establish a consistent, grounded procedure of thought among people so that they can act in agreement, just as a dictionary collectively defines the words in a language so that all its speakers may understand one another.

Although lay interpretations of Leviathan often characterize Hobbes’ understanding of human nature as pessimistic, these interpretations ultimately mischaracterize Hobbes, who conceives of his ideal ruler, the sovereign, as an embodiment of human nature. Because the sovereign “must read in himself, not this, or that particular man; but mankind”, he is taken to represent not only his particular self, but all of humanity, and therefore serves as a model of human nature (Leviathan, 5.4). The sovereign’s role as such a model proves Hobbes’ underlying optimism for human nature, which both exemplifies the divine order within individuals and serves as an additional model for artificial order between individuals. Further, despite modern critics’ concerns that “absolute power corrupts absolutely”, Hobbes largely evades the possibility of a tyrannical sovereign, suggesting that a ruler wholly in touch with human nature would be the least inclined to cruelty precisely because of his insight into all of humanity.

Although the famously dismal Hobbesian state of nature is inescapable with mere nature, the artificial solution Hobbes offers does not imply that he deems humanity irredeemable. The state of nature is not the fault of humanity, only its disorderly arrangement, which has yet to imitate nature through art. Since Hobbes equates art with order, his solution does not entail fundamentally changing human nature, only rearranging individual human natures through the sovereign’s artificial right reason to establish the “that great Leviathan called a Commonwealth” (Leviathan, 3.1). Deriving his solutions from God’s art, nature, Hobbes advocates applying the divine order of creation onto the disorderly state of nature so that humanity may evolve from natural men into an “artificial man”, progressing from the state of mere nature to a state of more than nature—the state of art (Leviathan, 3.1).