We Didn’t Start the Fire 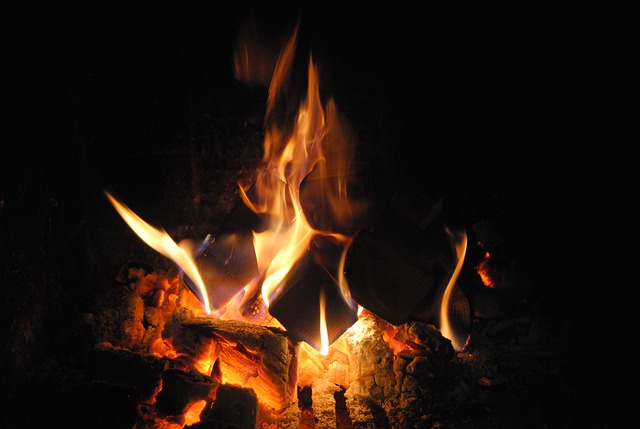 “Are you one of the good guys?” (McCarthy 282). The father-son odyssey of The Road is consumed by constant searching for food, shelter, or safety. The father is searching for something else, as well, something intangible but just as necessary for a different kind of survival. He is trying to find a way to raise his son in a “barren silent godless” (McCarthy 4) world, the only world the boy will ever know. Consequently, the man introduces his son to the comic book-like dichotomy of the “good guys” and the “bad guys.” The good guys do not “eat anybody” (McCarthy 128), lie, or steal. They unfalteringly keep their promises, help others, and “never give up” (McCarthy 137). According to the father, he and his son “always will be” (McCarthy 77) the good guys, and he tries to use this fact to justify his morally questionable actions. But the boy is not always convinced. He does not blindly accept his father’s “us vs. the world” justifications; instead, he wholeheartedly adopts the moral code of the good guys. The father does not (or cannot) strictly follow the morality he teaches his son, as his decisions and actions are often borne of necessity. This willingness to compromise perfect morality for their survival means that the boy does not have to do so. Thus, the father’s tough decisions not only keep the two alive, but also keep the fire of old-world morality ablaze in the boy. They preserve the boy’s adherence to his strict moral code because he never has to compromise his beliefs. Thus, the father keeps his most important promise to the boy: that he will never leave him. Because the boy, thanks to his father, is still able to trust people, he finds safety even after his father’s death, and his possession of the morality of the past creates hope for a different future.

The man tells his son “old stories of courage and justice as he remembered them” (McCarthy 41), but “mostly he worried about their shoes. That and food. Always food” (McCarthy 17). The father has lost everything in the world save for his son. They are “each the other’s world entire” (McCarthy 5). He will do anything in his power to keep the boy alive; therefore, he does not always adhere to the rules of the good guys. Although he “promised [he] would not hurt the dog” (McCarthy 87) they find when the mother is still alive, for example, he describes “a trellis of a dog with the hide stretched over it” (McCarthy 87). He kills the dog in spite of his promise, but it is probably just so that they have something to eat. Although the father cannot always keep his promise to be a good guy, he does feel remorse despite the necessity of his decisions. He is not a bad guy; bad guys “care only about living, not about how they live” (Wielenberg 9). He “is sorry for what happened” (McCarthy 51) to the man who is struck by lightning, but does not let the boy help him because he knows that, if they do, none of them will survive. The father’s imperfections do not make him a bad guy; they make him human. He is desperate and trying to keep his son alive.

Nevertheless, “If you break little promises you’ll break big ones” (34), the boy says. Without fail, the boy adheres to his strict moral code, even when it comes to something as minor as distributing equal portions of hot cocoa. He comes to resent the fantastical stories that his father tells him, saying, “In the stories we’re always helping people and we don’t help people” (McCarthy 268). The father has exposed him to the black-and-white heroism of old-world comic books, and now the boy wants to be the hero of his own story. He acts as “the man’s conscience” (Wielenberg 7) throughout their journey, constantly reminding him of his promise to the moral code of the old world, which, like everything else in the novel, is becoming “faded and weathered” (McCarthy 8). When they find the bunker full of food and the abandoned boat, the boy almost refuses to take anything because “if they were alive we’d be taking their stuff. And we’re not taking their stuff” (McCarthy 243). He is concerned that the owners are still alive, which would make taking their belongings stealing. Good guys don’t steal. “If you were here,” he tells the people in a prayer, “we wouldn’t eat it no matter how hungry we were” (McCarthy 146). When the father takes the beach thief’s clothes away, the boy protests until his father “piled the man’s shoes and clothes in the road” (McCarthy 260). This is the only instance where the father becomes unnecessarily vengeful, but the boy acts as the man’s moral compass and redirects him to the code of the good guys. He reminds him of what is right.

Although what the father did to the cart thief was vindictive, the majority of the instances when the father does something the boy disagrees with are borne of necessity. He has to make difficult decisions, but they are all made with the intention of keeping the boy alive. The father does not trust anyone, nor does he want to share food with anyone, but only because he cannot. The world they live in is one where people “would eat your children in front of your eyes” (McCarthy 181); it is no place for adhering to a strict moral code. Morality will be and must be compromised in order to guarantee survival, and the father does not want his son to have to make the decisions that would accomplish that goal. He knows that the boy is morally upright and trusting, and the father wants to preserve these traits. He carries “the fire” (McCarthy 83). “It’s inside you,” the father says to him. “It was always there. I can see it” (McCarthy 279). This fire is his “good guy” morality. It is imperative that he carry it because it is the kindling for civilization. People must trust one another to cooperate and therefore for civilization as we know it to exist. In order for it to reemerge, it requires the kind of morality where people don’t eat others, lie, or steal, the kind where people keep their promises, help others, and never give up. It needs the good guys. It needs the “best guy” (McCarthy 279). It needs the boy.

“There are other good guys. You said so. […] So where are they?” (McCarthy 185), the son asks his father. “Are you one of the good guys?” (McCarthy 282) the son asks the veteran at the end of the book. The father’s search for food, shelter, safety, and a way to raise his child is intertwined with the boy’s search for the fabled “good guys.” Because his father has protected his morality by making the hard decisions for them, the boy remains trusting to the very end of the book. He decides to “take a shot” (McCarthy 283) and go with the veteran to a place where a woman “put[s] her arms around him and [holds] him” (McCarthy 286), a place where he is finally safe. He goes to a place where he has finally found the good guys. In this way, the father keeps his final and most important promise to the boy: that he “wouldn’t ever leave” (McCarthy 279) him. He keeps the light inside the boy alive, and lives on in the hope the boy creates for “the age to come” (McCarthy 77).

Through his stories, the father introduces the concepts of good guys and bad guys. He teaches his son about the morality of a time that no longer exists, and tries his best to adhere to it. However, he cannot always do so, because, in their ruined world, survival comes before strict morality. The fact that the father carries this burden, however, preserves the morality of the little boy. The boy never gets the chance to choose. He never has to decide not to help someone, which would ruin his unspoiled morality, nor does he ever choose to help someone and face the consequence of certain death. Instead, the father chooses for him, and keeps him alive and unbroken. Although the boy feels that he “has to worry about everything” (McCarthy 259) and feels the wrongs that his father commits to his very core, he is shielded by the father’s sometimes morally dubious actions. His father is jaded and untrusting, but because he is, he enables the boy to remain trusting. Thus, the father saves the boy’s life even after his death. Because of the father’s arduous efforts, the morality necessary for civilization, the morality of “a vanished world” (McCarthy 139), is sustained and the boy finds safety even after the father is gone. The boy is alive, the fire is burning, and a new (new) world has a chance of existing, at least for one more day.