Female Forces Behind the Mask 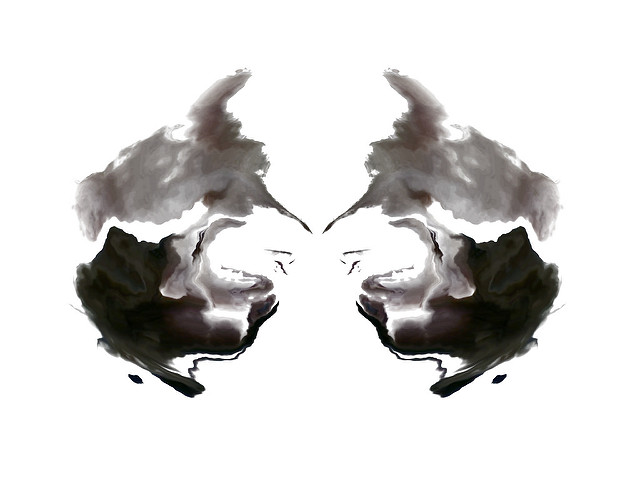 Female Forces Behind the Mask: Rorschach’s Path to Violence and Heroism

There are few things that are black-and-white in Alan Moore and Dave Gibbons’ graphic novel Watchmen. Instead, heroes and villains and the justification of violence blur together into one disheveled and messy humanity. The masked character Rorschach is a key example of this, despite his black-and-white attitude towards the world. Violent, ruthless and at times verging on the brink of sociopathic, it is not until his mask is stripped off that one can begin to make sense of this complex character and unpack his motives; yet even then, he remains an elusive figure. As a result, it is perhaps by seeing him in relation to other people that one can piece together a more accurate picture of him. Throughout the graphic novel, several women play influential roles in Rorschach’s life, each pushing him closer towards his crime fighter identity. Through the abandonment and abuse suffered at the hands of his mother, to the tragedies surrounding Kitty Genovese and a missing six-year-old girl, both victims of murder, Rorschach’s path to violence and heroism is twisted and often blurred. By examining the ways that all these women drive Rorschach towards violence and his desire to claim a new identity, it becomes clear that his obsession with fighting crime is his way of grieving over and coming to terms with the injustice he experienced as a child.

While Rorschach’s lack of a loving mother and moral guide leads him to create his own set of morals, the violence he experiences as a child and expresses as an adult suggests that he becomes more like his mother than he realizes. In an essay written at the age of eleven, Rorschach (then known as Walter Kovacs) writes, “I have two parents, although actually, I don’t have any” (6.31, Charlton Home Files). From a young age, he seems to be aware that he is on his own in the world, and never openly expresses the pain of abandonment, if he feels any at all. This almost nonchalant acceptance of his parents’ absence and even his mother’s death may be reflected in his ruthless approach to dealing with criminals. Having experienced first-hand the injustice of growing up with an abusive parent, the injustice he sees in the world and the consequences of people getting away with it cuts through him like a knife. Perhaps he simply sees everything as having a cost, and doesn’t care how far he has to go to ensure that people pay that cost. The violence that both Rorschach and his mother express may be in part due to the “structures of authority” that Timothy Dailey refers to in his article titled “Parental Power Breeds Violence Against Children” (314). The article explores the difference between violence in the home and violence in the workplace, explaining that “parents have essentially total authority with only very general guidelines for decisions. There are few limitations on the scope of their jurisdiction…” (Dailey 315). As a child, Rorschach was subjected to the complete authority of a mother who was unconcerned with raising her son, with no one to set moral examples for him. It is perhaps this lack of guidance that lead Rorschach to see the whole world as his “workplace”, a place where, in contrast to his home life, “most situations already have definitions established or rules made for handling them so that uncertainty tends to be minimized” (Dailey 315). He creates his own set of moral guidelines as a crime fighter, and consequently creates a world where everything is pushed to one side of morality. However, while his strict moral code reflects that of the workplace, one can see that the influence of his home life still lingers; after being controlled for so long by higher, abusive authorities, his violence in part stems from an intense longing for power and control that he never felt as a child. His abandonment as a child may also be reflected in the cases he is drawn to, along with the two women who play a crucial role in shaping his identity – people who were also abandoned, and who had no one to fight for them.

Acting as a catalyst for Kovacs’ decision to become Rorschach, the brutal murder of Kitty Genovese opens his eyes to the consequences of apathy and his calling as a crime fighter.

Kitty Genovese leads Rorschach to separate the world into two groups – those who will stand by as someone gets murdered, and those who are willing to fight for justice. He also chooses which side he is going to belong to. While his childhood may drive Rorschach away from himself, this experience appears to drive him away from others. “Ashamed for humanity,” he decides that retreating into himself is easier than attempting to fit into society’s mold. Kitty Genovese not only opens Rorschach’s eyes to the injustice of the world, but gives him an opportunity to truly escape from an identity he is ashamed of. The mask, made from the dress that she never picked up, remains an ever-present reminder of the tragedy that bystanders allowed to happen. Reminding Rorschach that solving problems through violence is better than apathy, the mask is his way of transforming into the kind of person he always wanted to be. The transformation is further revealed through the visual representations of Rorschach’s face during his sessions with Dr. Malcolm Long. In the panel immediately before he starts talking about Kitty Genovese, his hardened face seems to be split into two colours, the right side of his face almost resembling his Rorschach mask (6.9.4,7). Compare this with his face after recounting his childhood, where the expression is softer, almost hinting at his pain, and the contrast in colours is not nearly as apparent (6.5.2). One could see this distinction as signifying the physical and mental effect that becoming Rorschach has had on Kovacs and the internal conflicts he hides, an example of how “comic art is composed of several kinds of tension, in which various ways of reading—various interpretive options and potentialities—must be played against each other” (Hatfield 36). While one may gather from the text that Rorschach is driven to violence as a result of both Kitty and his mother, the visual aspect suggests that all these individual influences intertwine. When talking about his mother, the neutral colours of his face and his facial expression show how recalling his childhood pulls him back into the past, as if he reverts back to being Walter Kovacs. The contrasting image when talking about Kitty Genovese may signify Kovacs’ fierce desire to hold on to his Rorschach identity, even without his mask. Together, recalling those two experiences reminds him of why he became Rorschach – to escape from a place where he had no power, and to claim a new identity for himself.

While Kitty Genovese is the catalyst, the murder of a nameless six-year old girl is when Kovacs truly transforms into Rorschach, solidifying his impression of the world and the justification of violence. While Rorschach describes himself prior to this event as being “soft” and “naive” (6.14.4), his ruthless nature is born when he finds the owner’s dogs and slaughters them after realizing they are fighting over the little girl’s bones. As he has learned previously, everything has a cost that must be paid, and the ways he sees it, the dogs must pay that price, despite the fact that they are just following their animal nature. His decision may also be an expression of anger that he is too late to save the girl, once again being reminded of the meaningless suffering in the world. The role of dogs in this crucial moment refers back to a moment in Rorschach’s childhood, the first time he fights back and is referred to as a “mad dog” (6.7.7). Killing the dogs is arguably the final tie to his painful past that Rorschach severs himself from. Killing off his past self, he is finally free to reclaim his new identity without his previous identity trailing behind and haunting him. He describes himself as “reborn then, free to scrawl [his] own design on this morally blank world” (6.26.6). Although he sees a world full of meaningless pain, what drives Rorschach to fighting crime may be the same thing that drives all the characters in Watchmen to heroism – a search for meaning in a chaotic world and a desire to leave a mark. The tragic death of the girl makes him realize the importance of leaving a mark, for “it is not God who kills the children. Not fate that butchers them or destiny that feeds them to the dogs. It’s us. Only us” (6.26.5). Rorschach appears to make an unwavering decision about how he is going to see the world. To him, there exists a distinct split in society; it is a place where those with power and privilege take advantage of the vulnerable – people like Kitty Genovese, the six-year old girl, and his younger self. What remains ambiguous is whether he truly believes this, or if it is just an easier version of the world to accept than one where morality is not clearly definable. Without this clear definition, Rorschach cannot define himself.

As we witness Rorschach’s story unfold in Alan Moore and Dave Gibbons’ Watchmen, it may be that Rorschach comes to regard his life as a crime fighter not as a choice, not even as a call to heroism, but instead as the only way he can live with himself. The female figures that enter his life, however brief, all play crucial roles in the way he chooses to live, with his mother driving him towards violence and Kitty Genovese and the little girl leading him to use that violence to fight injustice. While these women pull him in different directions, they ultimately lead him down the same path and towards the same realization:

The cold, suffocating dark goes on forever, and we are alone…live our lives, lacking anything better to do. Devise reason later. Born from oblivion; bear children, hell-bound as ourselves; go into oblivion. There is nothing else (6.36.2-3).

And that, perhaps, is the question that Rorschach forces us to ask ourselves – whether or not he’s right.