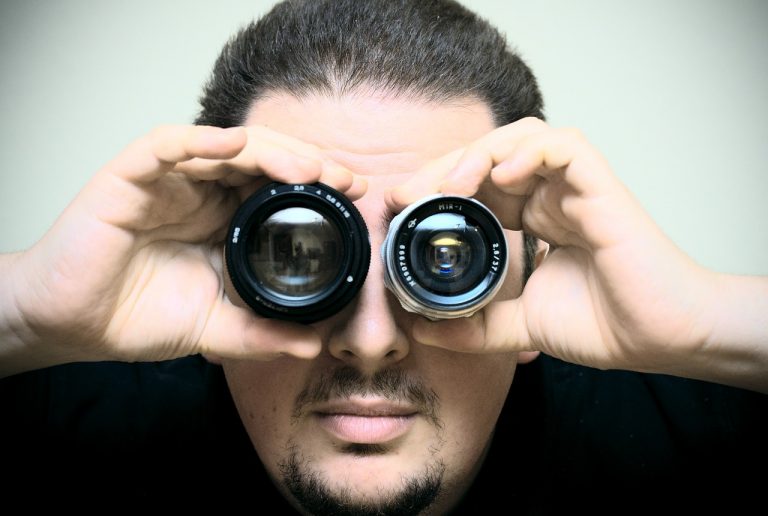 She stands alone in a crowded room. Her hair captures the light, framing her face with soft, ethereal radiance. She smiles gently at the people around her, yet remains still, untouched, as though she is waiting for something to happen. It doesn’t matter who she is, where she comes from, or whether she has any human thoughts, needs, or desires – in this story, all that matters is what she means to the man who watches her. This scene, replicated in countless forms throughout countless fictions, encompasses one of patriarchal narrative’s most prominent and insidious elements: the figure of the female. The word “figure” is vital to this phrase. She is not a human in the same manner as her male counterpart, but an idea, existing only to fulfill a symbolic role in the male narrative. These roles are characterized by sex and enforced by sexuality – primarily, by the Freudian mechanism of scopophilia. In her 1975 article, “Visual Pleasure and Narrative Cinema,” feminist filmmaker and theorist Laura Mulvey analyzes how scopophilia imposes narrative roles upon female figures in mainstream cinema. But scopophilia is not limited to film; four years after Mulvey’s article was published, author Angela Carter released “The Bloody Chamber,” a short story driven by scopophilia and male fantasy. In these works, Mulvey and Carter both examine how female figures are forced into predetermined narrative roles and address one particular role that remains prominent in patriarchal fiction: the guilty woman.

Narrative conventions reflect social constructs; therefore, in a patriarchal society, popular fiction is often driven by mechanisms of male heterosexuality. Mulvey’s examination of one mechanism – scopophilia – and its function in cinematic narratives can be applied to written narratives as well. The term “scopophilia” was first used in Sigmund Freud’s 1905 work, Three Essays on the Theory of Sexuality, to describe sexual pleasure derived from looking; he associated the mechanism with “taking other people as objects, subjecting them to a controlling and curious gaze” (Mulvey 8). Mulvey notes that scopophilia functions as a dichotomous relationship between the looker and the looked at, in which the looker actively asserts control with their gaze and the looked at becomes a passive and “unwilling victim” (Mulvey 9). In a patriarchal society, the active individual is conventionally male and the passive individual is conventionally female. While literary fiction does not evoke scopophilia in the same visual fashion as film (in which pleasure is additionally derived by the cinematic audience from watching the female figure on screen), both forms employ scopophilia at the level of narrative. In both film and literature, the narrative is conventionally driven by an active male using the scopophilic gaze to project his fantasy onto the female figure and subject her to his control.

In “The Bloody Chamber,” Carter foregrounds the function of scopophilia in narrative by making her protagonist aware of the male antagonist’s gaze. The protagonist recalls a moment when, the night before she and the Marquis were married, “I saw him watching me in the gilded mirrors with the assessing eye of a connoisseur inspecting horseflesh” (Carter 11). She observes that, in the male gaze, her body – the body of the female – becomes an object to be examined, used, and discarded like “cuts on the slab” (Carter 11). However, the relationship between the looker and the looked at is not entirely one-sided; Mulvey notes that, just as looking can be a source of pleasure, “there is pleasure in being looked at” (Mulvey 8). In becoming the object of the Marquis’ fantasy, the protagonist engages in an exchange in which she sees herself through a heterosexual male lens. “When I saw him look at me with lust,” she says, “I dropped my eyes but, in glancing away from him, I caught sight of myself in the mirror. And I saw myself, suddenly, as he saw me… And, for the first time in my innocent and confined life, I sensed in myself a potentiality for corruption that took my breath away” (Carter 11). While, in the story’s conclusion, the protagonist is ashamed of her “corruptive” engagement in the Marquis’ fantasy, this admission illustrates the reciprocal nature of the scopophilic gaze, in which the female derives pleasure from becoming the object of a man’s desire.

This pleasure complicates Mulvey’s claim that, in a scopophilic exchange and in patriarchal narrative, the male is the active party and the female is entirely passive. After her marriage to the Marquis, Carter’s protagonist wonders if “he might have chosen me because, in my innocence, he sensed a rare talent for corruption” (Carter 20). The Marquis selects the protagonist as his next victim not for her passivity, but for her previously noted “potentiality for corruption” – essentially, her potentiality for action (Carter 11). Does the protagonist not take an active role in the realization of his fantasy? She chooses to disregard his warning not to use “the key to a little room at the foot of the west tower” (Carter 21). She discovers the bloody chamber, attempts to hide her knowledge, then struggles weakly against her murderous fate. Is it not her engagement in the fantasy, which leaves on the protagonist’s forehead an indelible “heart-shaped stain,” of which she is ashamed (Carter 36)? These questions may lead one to conclude that the protagonist’s choices and actions drive the Marquis’ fantasy forward in a manner that contradicts Mulvey’s theory that the female is merely a passive object controlled by the will of the male.

However, despite the protagonist’s seemingly independent engagement in his fantasy, all of her actions are desired and predicted by the Marquis. When her husband returns from his feigned absence, already knowing that she has discovered the chamber, the protagonist realizes that, in breaking her promise, she has “behaved exactly according to his desires” (Carter 34). “I had played a game,” she says, “in which every move was governed by a destiny as oppressive and omnipotent as himself” (Carter 34). In this passage Carter demonstrates that the “active” female figure is an illusion; she functions only within the male fantasy, every choice she makes fulfilling her role in the patriarchal narrative. The protagonist’s shame surrounding her experience with the Marquis and her ultimate acceptance of a traditional, virtuous marriage implies that her engagement in the fantasy was a digression from the patriarchal standard – yet this digression was imposed by the active male. In renouncing corruption and becoming the piano tuner’s honorable wife, the protagonist is not returning from a rebellion against patriarchal society, but moving between two roles that are equally reflective of male desire. Even her transgression against patriarchal convenance is dictated by a man; even her rebellion conforms to a preordained role.

The female figures of patriarchal fiction are designed to fulfill these narrative roles, each with its own established conventions and symbolic functions. Mulvey states that the female is “tied to her place as bearer of meaning, not maker of meaning,” existing only as a device through which the male lives out his fantasies and obsessions (Mulvey 7). In “The Bloody Chamber,” Carter examines how a role is imposed upon the female figure by integrating its imposition into the story itself. According to Mulvey, the scopophilic male gaze “projects its phantasy on to the female figure which is styled accordingly” (Mulvey 11). The Marquis, correspondingly, styles the protagonist in furs and gowns, grooming her to suit his desires; he culminates his design with a ruby choker, which the protagonist wears “like an extraordinarily precious slit throat” that reflects his fantasy of decapitation (Carter 11). When the protagonist enters the marital bedroom and finds herself reflected in a dozen mirrors, she becomes “a multitude of girls,” one of many images and one of many wives, all identical in design and function (Carter 14). Just as patriarchal fiction imposes set roles on the female figure, the Marquis imposes his fantasy onto each of his brides, and as each woman fulfills her purpose all of her singularities which distinguish human from object become subordinate to her role in the male narrative.

The role of the protagonist in the Marquis’ fantasy is common to patriarchal fiction: that of the guilty woman. Mulvey notes that this trope was brought to prominence in mainstream cinema by director Alfred Hitchcock. In many of Hitchcock’s films – including Blackmail (1929), Vertigo (1958), and Marnie (1964) –  the narrative is driven by the male protagonist’s investigation of a guilty woman. However, this role existed in patriarchal fiction long before Hitchcock’s career, its development stretching back to the time of early folktales – notably, the story of Bluebeard, on which Carter based “The Bloody Chamber.” In the role’s basic form, the guilty woman’s illicit activities are discovered and subsequently punished or forgiven by the male. The role of the guilty woman is so prominent in popular narrative that it invites an analysis of the patriarchal fascination with female guilt. Mulvey claims, in accordance with her Freudian reading of mainstream film, that the female figure connotes a source of male fear linked to the castration complex: “her lack of a penis, implying a threat of castration and hence unpleasure… always threatens to evoke the anxiety it originally signified” (Mulvey 13). The male escapes this anxiety by “ascertaining guilt” and then “asserting control and subjecting the guilty person through punishment or forgiveness” (Mulvey 14). Through an investigation which utilizes the scopophilic gaze, the male controls and ultimately subjugates the female figure, which allows him to symbolically conquer his castration anxiety.

However, the existence of the castration complex is doubtful, given that (like many of Freud’s theories) it is based upon isolated case studies and has never been empirically proven. Perhaps the desire to investigate and punish stems, not from what the woman symbolizes for the man, but from the expectations imposed upon him by the patriarchy. A core element within the construct of masculinity is the need for control; from the ingrained belief that if you are not in control, you are not a man, grow the roots of scopophilia, sexual violence, and the pleasure derived from guilty women. Violence is the ultimate form of control – it is the physical imposition of your will over another’s. But the desire to seize control is a conflicted one, opposed by biological and social aversions to inflicting pain upon other human beings; therefore, it must be justified both by transforming the female from human to object through the scopophilic gaze and by ascertaining her guilt. The guilty woman may be a prominent narrative figure because she invites violence, her culpability allowing the male to inflict punishment and assert control without remorse or social retribution.

Just as social constructs shape narrative conventions, narrative conventions reinforce the standards – and failings – of society. Mechanisms of patriarchal fiction, including the scopophilic gaze and the imposition of narrative roles onto female figures, normalize corresponding mechanisms that function in actual society. It is not difficult to dehumanize the woman standing in front of you when that dehumanization has been fictionally demonstrated over and over; furthermore, if women cannot escape preordained roles in fiction, how can they escape such roles in real life? In the resolution of “The Bloody Chamber,” Carter seems to conclude that escape is impossible – whether corrupt or virtuous, her protagonist can only fulfill the roles that men have imposed upon her. Mulvey, however, is more hopeful. She writes that analyzing these mechanisms and unveiling the true source of pleasure will bring women “nearer to the roots of [their] oppression,” their awareness allowing them to attack and transcend “outworn or oppressive forms” (Mulvey 7, 8). Then, from the rubble of roles and dichotomies, they will build new mechanisms, new conventions, and “a new language of desire” (Mulvey 8).