Where did Plato and Galileo search for truth? 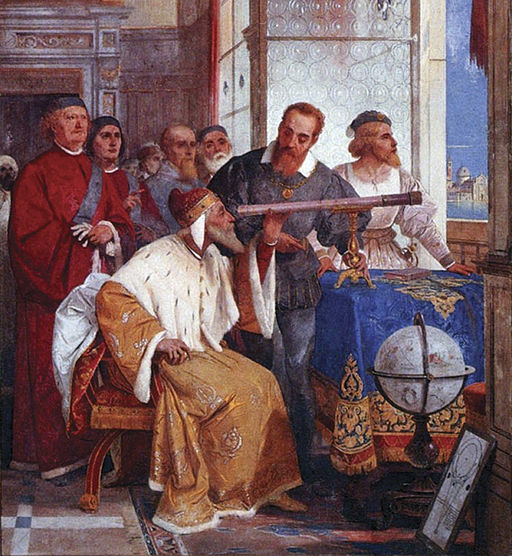 Where did Plato and Galileo search for truth? The inward and outward search for epistemological and metaphysical certainty

Creating a binary between looking inward and outward when thinking about philosophy is obfuscatory, particularly when dealing with the works of Galileo and Plato. Galileo literally gazes at the sun until he is blind, while Plato looks into his mind at a metaphorical sun, revealing the primary distinction between them in their search for epistemic and metaphysical truth. For Plato and Galilei, in the realm of epistemology, the distinction between inward and outward is evident, while in the metaphysical arguments the lines are blurred beyond recognition. Galileo looks consistently outwards to determine both epistemological and metaphysical truths, while Plato — who looks inward for his epistemology — looks in both directions for his metaphysics.

An analysis of the sun in Plato and Galileo’s work reveals the fundamental opposition in the metaphysical and epistemic logic of the two men. Plato presents the sun as a metaphor for absolute truth, referred to as “the good” (211): “in the knowable realm, the last thing to be seen is the form of the good [the sun] and it is seen only with toil and trouble” (211). The sun casts shadows which humans see in the visible realm, which, for Plato, are merely imitations of true forms. We must make an “upward journey of the soul to the intelligible realm” (211) to truly understand “the good” which the sun symbolizes. For Galileo, the sun itself — in its physical form — is the epitome of true reality in a non-metaphorical sense. Of the sun, he tells us that, “as the chief minister of Nature and in a certain sense the heart and soul of the universe, [it] infuses by its own rotation not only light but also motion into other bodies which surround it” (Galileo 4). Galileo uses his perception of the Sun to make observations that justifies his heliocentric ethos in The Starry Messenger:

[N]ow we have not just one planet rotating about another while both run through a great orbit around the sun; our own eyes show us four stars which wander around Jupiter as does the moon around the earth, while all together trace out a grand revolution about the sun in the space of twelve years. (15)

For Galileo the shadows cast by the sun allow him to make claims regarding the relief of the mountainous landscape on the moon, as well as proving that the earth revolves around the sun; for Plato these shadows are merely indicative of the epistemic uncertainty we should feel in the realm of the visible. Plato tries to see the absolute truth (the sun) through logic, or inward reflection, while Galileo literally stares at the sun and the shadows it casts, thus looking outward for his epistemic truth.

Galileo gathers understanding of the world through sensory experience as opposed to the Platonic method of dialectic. The former attests the necessity of observation in a search for epistemic certainty. In describing the moon in The Starry Messenger, Galileo makes the claim for empiricism, arguing that “the things I have seen … enabled [me] to draw this conclusion … as follows” (5). His conclusions are predicated on descriptions of the visions he sees through the spyglass. Plato firmly denies this scientific method as a means to reach truth, instead relying on a conversational “dialectic”, calling on internal logic. Plato criticizes the mathematicians who use physical representation to determine exact truths, claiming that “they now in turn use as images in seeking to see those other things themselves that one cannot see except by means of thought. (206). His view that knowledge can be derived from within oneself, rather than relying on experience, is epitomized by his conversation with Meno’s slave. He evokes basic geometric truths from the uneducated slave boy, then reflects with Meno:

Meno: Yes, Socrates; but what do you mean by saying that we do not learn, and that what we call learning is only a process of recollection? Can you teach me how this is?

Socrates: I am saying that there is no teaching, but only recollection […] Now, has any one ever taught him all this?

Meno: … I am certain no one ever did teach him.

Socrates: And yet he has the knowledge?

The scientific method, as held by Galileo, would reject this conclusion that knowledge is a priori[1], which is evidenced by an espousal of Copernicus’ methods to Madame Christina. Galileo claims that Copernicus “stands always upon physical conclusions pertaining to the celestial motions, and deals with them by astronomical and geometrical demonstrations, founded primarily upon sense experiences and very exact observations” (5). Galileo is so convinced of his a posteriori position that he calls on the Church’s officials to alter their interpretation of scripture so as to fit physical perceptions of the world: “it appears that nothing physical which sense-experience sets before our eyes … ought to be called in question (much less condemned) upon the testimony of biblical passages which may have some different meaning beneath their words” (8). His argument is epitomized by the claim “I do not feel obliged to believe that that same God who has endowed us with senses, reason, and intellect has intended to forgo their use and by some other means to give us knowledge which we can attain by them” (9). Therein lies the fundamental opposition in the epistemological philosophy of the two men; one relies on senses, the other on logic. The method to reach truth is distinguished along the inward and outward binary.

In the realm of metaphysics, or the study of reality, the inward/outward distinction is blurred. Plato looks inward (using logic) and sees truth which has physical existence outside of our own mind, in the realm of the forms. Galileo undermines the neoplatonist tradition of the Catholic Church, thus making him the antithesis to Plato, or at least to the iterations of Platonist arguments in the early 17th century. In The Republic, Plato argues with Glaucon that a true philosopher will not simply look at beautiful things, but with thought will approach “beauty itself” (169). He claims that “the lovers of listening and seeing […] [are] unable to see the nature of the beautiful “itself”, while “on the other hand, won’t those who are able to approach the beauty itself, and see it by itself, be rare?” (169). This rhetorical questioning reveals what Plato sees as metaphysical truth; there are the things we see (beautiful sights and sounds), then there is another realm where “the beautiful itself” (169) exists. We cannot sense it, and instead is available only to those who can reason their way to an understanding of it, or are “able to observe both it and the things that participate in it, and does not think that the participants are it, or that it is the participants” (169-170).

This understanding of forms is applied by Christian theologians to God, who is seen as the true and fundamental reality, ontologically preceding the existence of our physical world. This adoption of near Platonic metaphysics is referred to as neoplatonism.  While Galileo never denies the existence of God, he does make claims which directly contrast with the metaphysics of the Church. His thesis of heliocentrism dominates this anti neoplatonist sentiment, espousing what he determined based on observation: “the sun, as the chief minister of Nature and in a certain sense the heart and soul of the universe, infuses by its own rotation not only light but also motion into other bodies which surround it” (6). The Earth no longer is the center of the universe, and thus the God who imbued us with all life seems to no longer preference our existence over the other planets. Furthermore, Galileo argues that there can be commensurability between science and The Church, which challenges the belief of the neoplatonist Christian thinkers who see their understanding of God as underlying every element of human knowledge. Of faith and science, Galileo says “I think that in discussions of physical problems we ought to begin not from the authority of scriptural passages but from sense experiences and necessary demonstrations. (4). Galileo looks outward, but in doing so impacts the metaphysics of the Church (and thus neoplatonic arguments), and challenges the inward looking, deductive arguments of his contemporaries.

To distinguish between inward and outward looking philosophies is often reductive and superfluous, but when analyzing the metaphysical and epistemic understandings of Plato and Galileo, it plays a legitimate role. For the sun to act as a metaphor for truth for Plato, yet for Galileo as a literal source of empirical knowledge about our world, there is a division along the inward and outward binary to determine truth. On the issue of metaphysics there is less clarity; Plato uses logic and internal processes, but ultimately realizes that absolute truth exists outside of human experience, forcing him to glean truth by looking out toward “the good” (211). Galileo’s impact on metaphysical understanding in the 17th century forces the Church to self-reflect on its neoplatonic values, and argues that science should be preferred over biblical passages when a contradiction between the two occur. Looking inward, Plato found a version of truth, in looking out, Galileo found his own.

Galilei, Galileo. The Starry Messenger. Venice: U of Padua, 1610. Print.

[1] This conclusion is drawn from the two texts by Galileo as seen in the “Works cited” section of this paper, and does not purport to make a claim beyond what is revealed in those texts.