Investigating the Death of the Author 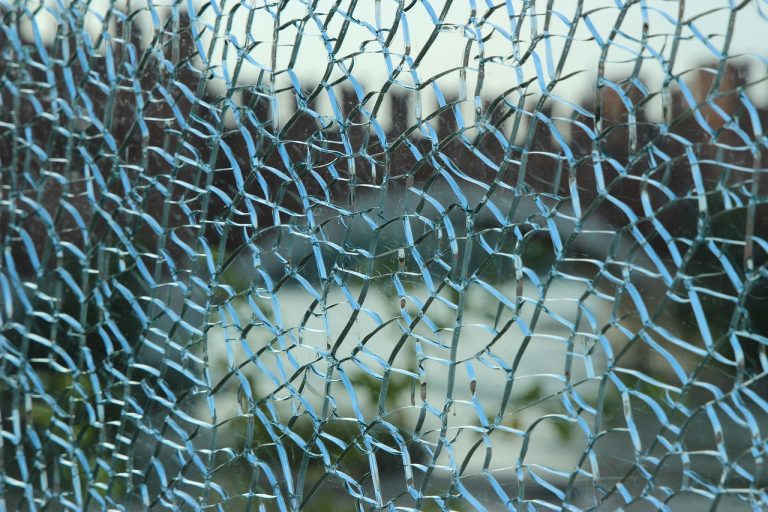 The structural critic describes the characters of a novel as nothing more than “the noise of their name” (Gass, 1970, 49), as any fixed aspect of the narrative structure to which the reader will always return as “music returns to its theme” (49). By emphasizing the instability of the structural character, the poststructural Derridean deconstruction seeks to expose a Trace – language’s innate absence and Nothingness – to demonstrate that the end and origin of all literature belongs not to the author and their characters, but to language. This essay intends to transcribe the medley of characters within City of Glass, who deconstruct themselves and the resulting Trace which is appropriated by Auster as he literally and figuratively reinstates the authorial sovereignty renounced by poststructural criticism.

City of Glass can be read as an inversion of the detective novel since the detective looks only inwards and in this sense, it is also an inversion of the deconstructive process. The author – typically separated from the meaning of their work – becomes inseparable and scattered throughout, whereas language’s Nothingness – the irrationality existing outside of formal reason or language and center of a deconstructive criticism – becomes an outermost creator of exposition and narrative. It should become apparent that the Barthesian murder of the author – as perpetrated by deconstructive criticism – is the central crime of this detective novel and in keeping with its formula, the reader and detective become jointly involved in a self-deconstructing journey which restores the natural order: of writer over language.

To demonstrate Auster’s reclamation of authorial superiority, I will detail the roles of Peter Stillman Jr. and Daniel Quinn in the novel’s deconstructive process – as well as Auster’s eventual enactment of sovereignty.  But to begin is an abbreviation of the mass of processes and terms involved in a Derridean deconstruction – by way of Derrida’s clearest articulation of his process[1] – with additional aspects of relevance introduced when appropriate. This process consists of three movements. Firstly, the binary opposites of a discourse – as seen in any Platonic poles such as the rich versus the poor – are identified and revealed to contain an unspoken hierarchy which unwittingly favors the superior term. Then, these opposites are pried apart to demonstrate that each opposite contains its Other, or that every thesis contains its antithesis. Finally, the inferior term is re-inscribed as the origin of its opposition in an act of différance – or the reversal of hierarchy – which reveals the sign to contain a Trace: the innate absence of a sign not accounted for by signification. In a text, the deconstructive reader is attempting to locate the moment which transgresses the text’s own system of values to, in Derrida’s words, uncover a relationship “between what he [the author] commands and what he does not command of the schemata of the language that he uses” (Derrida, 1966, 20) and demonstrate that meaning is controlled not by the author, but by language. Heidegger for instance – whose renouncement of authorial authority is central to Derrida’s approach – “examine[s] not what [the author] says but what is achieved.” (Weatherston, 2002, 50)

To illustrate Auster’s rejection of the author’s waning influence, this essay will briefly analyze the functions of Peter Stillman Jr,. and Quinn in the deconstructive process textualized and ultimately subverted by City of Glass. Peter Stillman Jr. – referred to as Peter henceforth – performs the role of linguistic signifier: formed around a prelapsarian self which is effaced, deferred and rendered spectral – “as if invisible” (Auster, 1985, 26) – by the figuration and appropriation necessitated by the adoption of a fallen dialectic. This figuration can be seen in language’s infinite deferral of meaning through an endless trail of signifiers, as seen, in the act of defining a word in the dictionary. After unearthing the definition, only another cluster of words is revealed. The relationship between signifier and sign – or between Peter and his self – is best described by Derrida: “nothing is ever comprehended, but rather designated and distorted” (Derrida, 1986, 20). Neither nothing nor Nothingness – language’s innate trace – are ever comprehended, to the extent that anything “done with a purpose in view – [such as signification] –  produces something fundamentally different and other” (Derrida, 1986, 20).

City of Glass begins with such an act of signification as Peter attempts to call his author: Paul Auster. The novel’s prefatory attempt at communication produces something of fundamental difference: a connection to Quinn – as orchestrated by an Otherness existing outside of empiricism and articulable reason – who is assumed to be “someone he is not” (Auster, 1985, 7). When replaced in the text by his father in the third chapter, Peter is put through the process of différance as his binary opposites – the subjugation of non-linguistic selfhood by language – are inverted. The promised Day of Reckoning, which Peter calls Auster to protect him against, is actualized by the Otherness generated by his signification. Unable to exist outside of language and the words in Quinn’s little red notebook, it is later mentioned Peter has “gone to his room, closed the blinds and is refusing to speak” (Auster, 1985, 139).

While Peter typifies the signifier, Daniel Quinn is the Derridean hymen: a structure which “bodies forth the play of presence and absence” by being “always intact as it is realized” (Derrida, 1986, 56) and in doing so, problematizes the notion of mutual exclusivity – an Aristotelian cornerstone of linguistic reason and formal logic – by simultaneously occupying two separate states. Quinn achieves this condition through asceticism as he starves and purges himself of all forms of external influence and Otherness. Starvation, in psychoanalytic terms, symbolically seals off the way out for an innate Other[2] who has been enclosed within the crypt of the self through the cannibalistic incorporation of food, language or any consumed Otherness. The portrayal of Quinn’s asceticism is multifold  – seen in his obsession with both starvation and detective novel narratives in which “nothing is wasted and no word is not significant” (Auster, 1985, 15). The purpose of Quinn’s purgation is of similar intent to Kafka’s Hunger Artist or Mellville’s Bartleby – whose brick wall window is fittingly hallucinated by Quinn. Both characters assume positions of staunch antipathy, their rejections of life provoking a hermeneutical blockage[3] for the reader – and surrounding characters – by embracing the indwelling Otherness smothered by consumption. However, Quinn’s asceticism consumes him as he disintegrates into his little red notebook and embodies the hymen-esque role – like the referenced Don Quixote – of both creator and character. Retreating into the vacuum between sign and signifier, Quinn eventually degenerates into poetic allegory[4] – becoming neither sign nor signifier. For instance, Quinn’s hunger now spontaneously manifests itself as food on “white linen with silverware of the highest quality” (Auster, 1985, 197) and his death causes snow to “start falling as though it would never end… [until] the city was entirely white snow” (Auster, 1985, 202) as Quinn, or the deconstructed hymen, disseminates itself through the linguistic labyrinth of the story and of New York: both becoming coated in an essence neither solid nor intangible.

Orchestrating the deconstruction of Peter and Quinn is Paul Auster, whose synthesis of reality and unreality is a brandishing of the poststructural metaphysical ideal – that is, “to make the sign equal the signifier… the end with the means… the ‘father’ with the ‘son’” (Derrida, 1966, 8). The two Peter Stillman’s are Auster literally equalizing the father and son and City of Glass is riddled with similarly synthesized signs and signifiers: Stillman Sr.’s surname corresponds to his paralysis – caught between transcendent meaning and the inescapability of linguistic communication renders him a still man. Quinn’s pseudonym Willson is literally a son of will – born out of a desire to escape the self. Auster also embeds City of Glass with literary references to synthesize the opposites of the extra-textual with the textual. One of several examples – ranging from the antipathy of Melville’s Bartelby to the problematized narrator of Cervantes’s Don Quixote – is Quinn’s pseudonym William Willson: a reference to the eponymous character of Poe’s short story similarly tormented by the Otherness of his doubled self. Through this process, Auster is rejecting the poststructural notion that for the postmodern writer “the inescapability of the inter-text is an hysterical/historical burden…. A form of castration” (Malmgren, 1985, 23) by making City of Glass exist not in opposition to, but through, other works. Even Auster’s textual persona – a detailed replication of his actual self – assists in refuting the postructural denouncement of a text’s independent viability by amalgamating two more opposites: the reality and non-reality of City of Glass.

Due to Auster’s ability to independently determine himself, a Derridean deconstruction of his novel becomes impossible since its oikos – its origin and end – can never be taken from the author and given to language. The first movement, in which the marginal text is analyzed to find a transgression of the novel’s own values, is impossible, for City of Glass follows the formula of the detective novel in which the “center is everywhere” (Auster, 1985, 15) – the success of both reader and detective hinges on their adherence to narrative structure and ability to “accurately reproduce the author’s transcendent reason” (Barone, 1996, 3) in order to solve the central mystery. In other words, there is no marginal text to dissect. When the process of différance is applied to City of Glass, it empowers the author, not language. For Auster – having superimposed his own unreliability and presence onto the text – has engineered a reversal of this hierarchy – of story over author – to reinstate authorial, not linguistic, superiority. Inseparable from his text, Auster is smug in his home: smiling “with a certain ironic pleasure” (Auster, 1985, 155) and appearing to produce a “soundless laughter, a joke that stopped short of its punchline, a generalized mirth that had no object” (Auster, 1985, 155). This inescapable authorial dominance – the flaunting of spatial determination and a self-defined center –  is “taunting [both Quinn and the poststructuralist critic alike] with the things he had lost” (157), namely, the control of the text, which produces a response of unexplainable “envy and rage, a lacerating self-pity” (157).

To reject the deconstructive renouncement of authorial authority and avenge the Barthesian murder of the author, City of Glass deconstructs itself. Yet the Trace or linguistic Otherness typically exposed by a deconstruction is replaced with the synthesized sign and signifier of the author: complete with “rumpled clothes and a two day beard” (Auster, 1985, 143) and holding “an uncapped fountain pen, still poised in a writing position… seeming surprised to find a stranger standing before him” (143) This amalgamation of sign and signifier –  of reality and unreality or of author and text –  is a display of the metaphysical ideal and an explicit reinstatement of authorial sovereignty. Therefore, as this paper hopes to have illustrated, subjecting City of Glass to a poststructural deconstruction exposes only the author “still poised in a writing position” (143) with a pen between his fingers and his self lodged firmly between the words.

Smith, Hazel. “‘A Labyrinth of Endless Steps: Fiction Making, Interactive Narrativity, and the Poetics of Space in Paul Auster’s City of Glass”” Australasian Journal of American Studies, vol. 21, no. 2, 2002, pp. 33–51.

Barone, Dennis. Beyond the Red Notebook: Essays on Paul Auster. Philadelphia: U of Pennsylvania, 1996. Print.