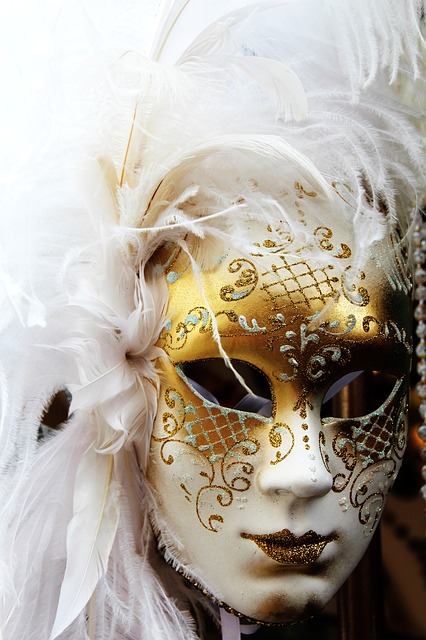 The Feminist Façade: Harriet and Peter’s Relationship in Gaudy Night

Women maintain a constant presence in Dorothy L. Sayers’ Gaudy Night, and they all seem to have achieved positions of power through various means. This image of an empowered woman might seemingly contribute to the novel’s feminist nature. However, behind the façade reside the women’s inner demons: suppression of their own thoughts, an inability to be positively self-assertive, and sexist tendencies. Being able to take power over one’s inner demons is an essential aspect of feminism according to bell hooks in All About Love. All About Love, in turn, can be used to critique the extent to which Gaudy Night is a feminist novel, as hooks herself discusses the impacts the feminist movement has on these inner demons. When placed into conversation with All About Love, Gaudy Night would not be considered a feminist novel because even though various women in the novel attempt to appear as empowered, they still struggle to tame the demons that reside within them.

Harriet Vane, the protagonist of the novel, invalidates the idea that Gaudy Night is a feminist work: even though she appears to be an empowered female scholar, she is unwilling to fully face her conflicting feelings over Peter Wimsey. At the beginning of the novel, Harriet pulls out her cap and gown. The “stiff folds” of the gown “[shake] loose with hardly a crease” (Sayers 4). The gown appears to strengthen Harriet’s image as a feminist character as a piece of tangible evidence that indicates how far she has gotten in her career as an academic despite the various barriers she faces as a woman in academia. This gown is her source of power. The fabric remains uncreased even when these “stiff folds” are left unfolded (Sayers 4). The lack of creases in the material seems to suggest a sense of perfection because the fabric remains unmarked despite how it has been folded and stored away for so long. Hence, the absence of creases indicates that she is a strong, female scholar without weakness. Harriet’s seeming strength and her ability to get by in a male-dominated field validate Gaudy Night as a feminist novel. However, the cap has “a little touch of the moth’s tooth” (Sayers 4). The hole in the cap symbolizes the idea that there are also holes in Harriet’s “feminist” image. One of the weaknesses Harriet conceals behind the cap and gown is her conflicting feelings for her companion Peter. When considering how she feels about him, Harriet “ma[kes] no […] effort to discuss the conflicting claims of heart and brain” (Sayers 79). Even though the heart and the brain are both parts of Harriet, each one has different desires. These parts of her develop their own, distinct voices; the heart voices its desire for Peter, while the brain is supposedly the voice of reason, and it shows a distaste towards loving Peter. According to hooks, “the feminist movement […] validated having a voice and being self-assertive” (hooks 59). In Harriet’s case, the “voice” that hooks talks about could be associated with both the voice of her heart and the voice of her brain. Gaudy Night should not be considered a feminist novel because both of these voices are silenced. The “voice” that hooks talks about is not there. In turn, the censorship of her own inner voices suggests that Harriet is not self-assertive when pondering on her feelings towards Peter. She is quite the opposite. Harriet is not the empowered feminist character she appears to be because both the heart’s voice and the brain’s voice fall on deaf ears, and Harriet’s repression of her inner voices rejects Gaudy Night as a feminist work overall.

Harriet’s own feelings towards Peter are at the mercy of outside characters such as Miss Schuster-Slatt who displays a lack of feminist qualities because of her inability to be positively self-assertive. Schuster-Slatt joins in on a conversation about Peter during the gaudy. She has “large spectacles and rigidly groomed hair,” and speaks in “strident tones” that “dominated even the surrounding uproar” (Sayers 28). The large glasses that Miss Schuster-Slatt wears seem to give her the image of a curious female intellectual because the glasses possibly show a desire to see more. Similar to Harriet, Schuster-Slatt clearly has a place in a male-dominated field, and this adds to her image as a feminist character. Her “rigidly groomed hair” resembles the absence of creases in Harriet’s gown (Sayers 28). Like Harriet’s gown, Schuster-Slatt’s hair creates an appearance of perfection (she may not have a single hair out of place), and there seems to be no cracks in the scholarly, feminist façade. The appearance of Schuster-Slatt as an empowered feminist figure is further emphasized through the volume of her voice, as it could be distinguished in a dining hall of many other female voices. She seems to possess the feminist quality of being self-assertive unlike Harriet who represses her inner voices. However, there are holes in Schuster-Slatt’s self-assertive image, and these holes can be used to critique the so-called “feminist” aspects of Gaudy Night. During the dinner reception at the Gaudy, Schuster-Slatt tells Harriet about “[her] marvellous Lord Peter” and how “[h]e was so kind to [her], and terribly interested when [she] told him [she] was at college with [Harriet]. [Schuster-Slatt] think[s] he’s just a lovely man” (Sayers 28-29). Schuster-Slatt has knowledge of the relationship between Harriet and Peter, as she calls the latter “[Harriet’s] marvellous Lord Peter” (Sayers 28). She also speaks as though Peter is someone who belongs exclusively to Harriet. Even though she seems to be unaware of Harriet’s unwillingness to discuss the relationship, Schuster-Slatt extensively talks about how well Peter treats her. When talking about the impacts of feminism in All About Love, bell hooks explains that “[t]he feminist movement really helped women understand the personal power that is gained through positive self-assertiveness” (hooks 60). Schuster-Slatt makes use of her loud voice, and is self-assertive about what she thinks of Peter, but it is possible that her tendency to voice herself is simply a façade that is meant to mask the feeling of disempowerment. In All About Love, bell hooks discusses the possibility that “women may feel the need to pretend they are self-loving, to assert confidence and power to the outside world” (hooks 60). When Harriet expresses her frustrations, Schuster-Slatt remarks that she takes into consideration neither her own feelings nor others’ feelings (Sayers 29). The appearance of Schuster-Slatt being self-loving can be seen in the way she talks about Peter because she is using her own loud, sharp voice to show conviction in the belief that she is an individual worthy to be treated with such kindness. However, behind the façade, she is neither considering her inner voices nor the inner voice of Harriet, who wants her to stop bringing Peter up in conversations. There is a repression of voices still even with the seemingly loud voice she puts forward to the people around her. The value of Gaudy Night as a feminist novel is again undermined, as bell hooks emphasizes the significance of having a true voice. She does not get the subtle hint that Harriet does not want to speak of this, and she does not realize it for a while. Schuster-Slatt’s glasses, as a result, could also reflect her lack of feminist characteristics because she is short-sighted of what she implies by her words. Schuster-Slatt is unable to see as clearly without the glasses, but at the same time, the glasses themselves are imperfect and there is still that lingering sense of blindness about her.

Annie is another outsider in the relationship between Harriet and Peter, and she seems to maintain a façade of feminist empowerment by apparently exposing Harriet’s manipulation of Peter. However, because she is an outsider, she is deaf to the voice of those who are in this relationship, and therefore, there are faults in her feminist façade. When Annie is confronted with the atrocities she committed, she asks Harriet what she will do “with that one over there” (Sayers 513). Annie continues to say that “[Harriet] send[s] for him when [she] need[s] him to do [her] dirty work, and when [she’s] finished with [Peter] [Harriet] gets rid of him” (Sayers 513). She seems to display the feminist quality (according to hooks) of being self-assertive here because she is apparently exposing Harriet’s own sexism: using Peter as a disposable object. However, Annie falls victim to her own inner demons. The way she refers to Peter invalidates the idea that she has feminist qualities. She shows her own sexist tendencies by not calling him “Peter,” but instead referring to him as “that one over there” and “him.” This devalues who he is as an individual (Sayers 513). Nevertheless, Peter also has his own thoughts about Harriet that Annie fails to bring up. In All About Love, bell hooks speaks of feminism not only in terms of women, but also in terms of men. hooks observes that “[w]hen feminism first began, women talked openly about our desire to know men better […] And we urged men to be true to themselves” (hooks 48). hooks speaks to the significance of using one’s own voice to not only speak for oneself, but to encourage others to genuinely voice themselves. Feminism is not simply a movement that empowers women, but it is also meant to empower men. Annie does not have the “desire to know men better” because she is so focused on disempowering individuals within her own gender as a means of finding justice for her deceased husband. Annie is apparently exposing Harriet’s treatment towards Peter, but her vision is clouded by her own experiences as a once married woman as well as an individual who has strong opinions against women in academia. Peter has little to no dialogue during Annie’s confrontation because he does not have a voice, and Annie is simply speaking on Peter’s behalf, which also shows that lack of interest to understand men (Sayers 512-513). Since Annie is an outsider in this relationship, there is a limit to how much she can see in her field of vision. Towards the end of Gaudy Night, it is Peter who asks Harriet to come out onto the roof with him (Sayers 520). He is able to use his own voice and take the initiative, rendering what Annie says about him invalid. Peter is showing that he is more than the disposable object she describes him to be. He feels less constrained and has dialogue during this moment in contrast with the absence of his voice when they are within the confines of the building. There is the presence of a voice. The presence of his voice once he and Harriet leave the confines of the building further shows Annie’s misconception that he does not have a voice as a result of Harriet.

The female characters’ inability to tame their inner demons alienates Gaudy Night from feminism. When Gaudy Night is put into conversation with All About Love, the blindness of these female characters can be seen, and the novel’s value as a feminist work is questioned. The women in Gaudy Night see themselves as empowered women against a world dominated by males, but they focus so much on what is outside of them that they do not strive to eradicate their own evils. Many of the women in Gaudy Night, as a result, are in the dark and have not truly seen the light of feminism. They put on a mask of power, and they create the image that they have so much power as women, but in reality, they are powerless. These women are not true feminists. Instead, they adopt the image of a feminist. There is a difference, and the line between someone who is a true feminist and someone who isn’t becomes blurred when we are unable to see beyond the façade.