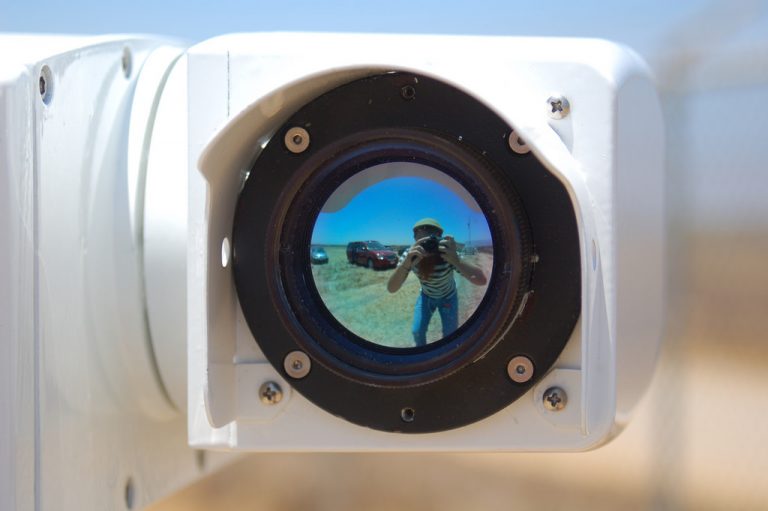 Are we living in a “panopticon,” as Michel Foucault argues, where we are continually being surveilled and are surveilling each other?

Visual images surround us every day: from selfies and Instagram to YouTube and animated gifs, we often communicate through pictures and video. This course focuses in part on visual literacy—learning to “read” images as well as text, and understand how both communicate meaning and shape our understanding of ourselves and others. We will explore the visual image not simply as a way to illustrate text and thereby bring it to life, but as a source of knowledge in its own right. We will consider how and why visual representations convey meaning, and how they intersect with written or spoken words.

Thinking critically about the visual also leads us to thinking about how knowledge is produced and understood; we will consider such social constructions as the many visual metaphors we use to talk about understanding (e.g., “seeing” something is true, gaining “insights” or understanding through “the mind’s eye”). Taking up these and other topics in our analyses of works including photographs, films, and graphic novels alongside texts in prose, we will study how the visual, like textual language, can reflect and shape social dynamics.

Some questions we will discuss include:

We will investigate these and other questions through studying, among other works, Plato’s allegory of the cave in The Republic, Blake’s melding of words and pictures in his poetry, Foucault’s argument that we are living in a “panopticon” of continual surveillance in Discipline and Punish, Hitchcock’s depiction of the voyeur detective in Vertigo, and what the visual elements in Karasik and Mazzuchelli’s graphic novel adaptation of Auster’s novel City of Glass can add to the original text.

Credit for image of camera in camera: Watching You Watching Me, Flickr photo by Todd Huffman, licensed CC BY 2.0

Here is the reading and lecture schedule for Term 1, Fall 2016 (PDF)

Here is the reading and Lecture schedule for Term 2, Winter 2017 (PDF) Please click the link below for a list of books with ISBN numbers. If you choose to order the books on your own rather than getting them from the bookstore, be sure to get the same editions as on this list.

Jean-Jacques Rousseau, A Discourse on Inequality

Charles Darwin, selections from Voyage of the Beagle and other texts

Sigmund Freud, The Uncanny and selections from Interpretation of Dreams

Angela Carter, The Bloody Chamber, with a few fairy tales

Michel Foucault, selections on the “Panopticon” from Discipline and Punish

A few machinima (movies filmed in digital space), from http://www.timetravellertm.com/episodes/

Alison Bechdel, Fun Home: A Family Tragicomic (graphic novel), plus selections from Scott McCloud Understanding Comics and Nick Sousanis, Unflattening (Nick Sousanis will give a guest lecture for us!)

Comic Book, by Carlo Cariño, from The Noun Project

Movie Camera, by SimpleIcon, from www.flaticon.com

Draw-a-picture, by Freepik, from www.flaticon.com